‘Beauty And The Beast’ Is The Crosswalk Musical We All Need 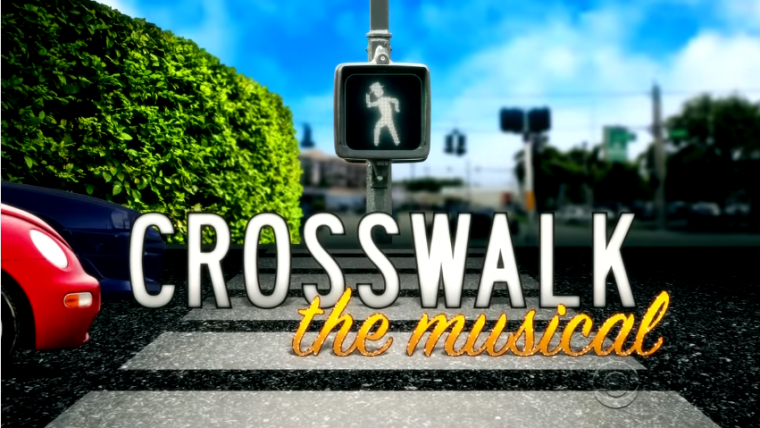 The day is finally here. Tonight, preview showings of Disney’s live-action Beauty and the Beast will come to cinemas around the US to the delight of fans young and old. However, we still have a couple hours to go until the film starts, and many fans have to wait until this weekend to see it. No matter how long you have to wait, James Corden and The Late Late Show are ready to help tide you over with a new Crosswalk the Musical that adapts the fairy tale with help of some of the movie’s cast.

Bring the Whole Cast Along: Learn more about the new Nissan NV200

The segment opens with James Corden having a bit of a diva moment while announcing what the next Crosswalk the Musical show will be and introducing three members of the actual movie’s cast who will be participating. While Josh Gad, Luke Evans, and Dan Stevens got to reprise the roles they play in the upcoming motion picture (LeFou, Gaston, and the Beast, respectively), Corden puts the actors through their paces to ensure that they are ready for the physical demands of playing their roles out on LA’s Beverly Boulevard. Of course, the host of the show cast himself as Belle, but to be fair he was very dedicated to getting the performance just right, and he looked stunning in the iconic yellow dress. Josh Gad also picked up the role of Lumiere, the talking candlestick, and was made to dodge balls in anticipation for maneuvering out of the way of moving cars. Once the company was ready, and someone had explained to poor Dan Stevens that this was not on the show’s set but rather in a crosswalk, the musical began. As usual for this segment, the performances were done on the crosswalk when it was open to pedestrians. This led to some great moments with the cast rushing off of the street not to the sound of applause, like there would be in a theater, but a chorus of car horns from angry Uber and Lyft drivers. Just like in a traditional production as well, the cast did a lot of talking in the wings to get themselves excited for what was next. Luke Evens even cheered on Corden and Stevens as they worked to get over their nerves before the next crosswalk segment, which was certainly not in character for Gaston.

The best scene in this production of Beauty and the Beast was by far the iconic ballroom number. Surprisingly, this was the first (and only) time that the Beast appeared in the musical that bears his name, but the wait was worth it to see Corden and Stevens waltz across a sunny California street.

Save Gas in Traffic: Check out the Nissan Leaf’s latest development

If you are just as excited as I am for the latest interpretation of Disney’s Beauty and the Beast, you need to treat yourself to this video today. It is a pretty impressive skit, considering that there was a lot of timing and choreography for it to all work. All of the cast members also did their own singing live, which had to be intimidating in the moment considering all of the other distractions around. Even if you have no plans to see the new movie, this segment is sure to put a smile on your face and distract you from the more serious things demanding your attention.