Behind the Badge: Yes, There’s Meaning Behind the smart Car Emblem & Name 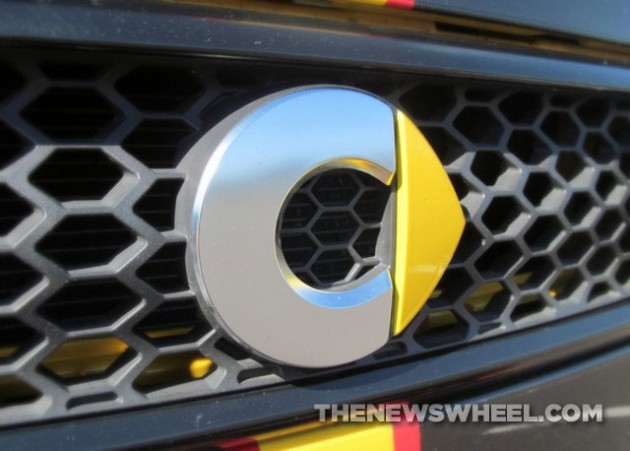 A couple months ago, I encountered a cross-country caravan of smart cars parked outside an automobile museum. After marveling at the various decorative styles adorning each different car, I also began noticing the same design element proudly adorning each grille: the circular arrow badge.

It reminded me of the power button on an electronic device; but did the smart emblem mean have a hidden meaning? I had to find out.

More Brand Logos: The connection between the Mercedes emblem and world domination

The smart brand is owned by Diamler AG, which produces and markets microcars in nearly four dozen countries. While the company is considered relatively young, it began in the 1970s when Mercedes began developing its revolutionary design–with influence from Swiss watch company Swatch in the 1980s. Years later, the first smart model was introduced by Diamler-Benz in 1998, first called the Micro Compact Car (MCC) Smart City Coupe.

Although the smart name seems self-explanatory (as everything these days is “smart”), it’s actually a clever acronym:

And yes, it’s intentionally stylized in all lower-case letters. So if there’s meaning behind this company’s name, then it shouldn’t be a surprise the logo represents something too.

On the surface, the smart emblem is what it appears to be: the letter ‘C’ and an arrow, typically yellow. The letter ‘C’ stands for “compact,” acknowledging the iconic size of the smart cars that sets them apart. The right-pointing arrow represents “forward thinking,” emphasizing the brand’s mission to push engineering/design boundaries and appeal to its forward-thinking target customers.

This is a simple but effective brand emblem that clearly depicts what the company stands for: small, innovative automobiles. Unfortunately, it’s not uncommon for owners to replace the badge with a Mercedes one.

Enjoy learning about smart cars? Check out the rest of our Behind the Badge series examining automotive brand logos!