Behind the Badge: Secrets of the Isuzu Name and Logo 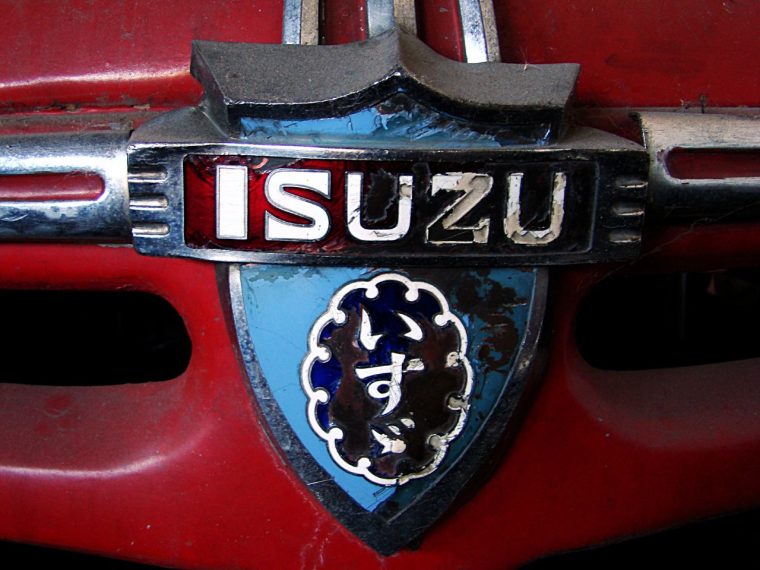 Isuzu Motors Ltd, the Japanese manufacturer headquartered in Tokyo, is the world’s largest truck producer, specializing in commercial vehicles and diesel engines. Its full name being Isuzu Jidōsha Kabushiki-Kaisha, the company was named after a river that flows past a Japanese shrine. The name means “fifty bells pealing in harmony and celebrations.”

Isuzu began in 1916 when the Tokyo Ishikawajima Shipbuilding and Engineering company wanted to expand its production to involve automobiles. By 1922, its first car was built in partnership with British manufacturer Wolseley Motors. The Japanese government’s promotion of domestic auto production helped boost the company in the following decades, which resulted in the formation of Isuzu Motors Ltd in 1949.

The company’s production of medium and heavy-duty trucks continued to grow, attracting investors from around the world. General Motors formed a partnership with Isuzu in the 1970s that led to many Japanese models being rebadged for the US market.

Explanation of the Isuzu Logo

In honor of the company’s new beginning with General Motors, Isuzu developed a new logo in 1974. The badge can be described as two vertical white pillars against a red background.

There are three main explanations of the emblem:

The logo has disappeared from Isuzu models over the years but is still seen on corporate communications within the company. Now, the Isuzu badge is text-based, with the “S” and “Z” being mirror images of each other.

Love thinking about the secrets behind automobile logos like Isuzu’s? Check out the rest of our Behind the Badge series examining automotive brand logos!