Behind the Badge: Take a “Stab” at What the Maserati Logo Means

One automaker has a sharp logo design that pierces through the bland emblems of its competitors. Want to take a stab at which automaker we’re talking about?

The Maserati company was founded in December 1914 by the brothers Maserati. Unlike other popular brothers in automotive history, there were not two or three Maserati brothers, but a whopping seven. Alfieri headed the launch of the company, and the rest of his brothers assisted with designing and engineering the machines–that is, apart from Carlo, a test pilot who died during a race in 1910, and Mario, who was not interested in engineering or being part of the auto industry.

But, Mario’s sole contribution to the company would endure for a century.

What Does the Maserati Logo Represent?

Chances are you’ve seen the basis of the Maserati badge in one of two places:

That’s right. The Masterati emblem is, in fact, a bad-ass trident.

It wasn’t until 1926 that the Maseratis started building their own cars, and with the debut of the Tipo 26 model, the company needed an official logo. Brother Mario, who had not wanted to join the automotive industry, lent his artistic talents to create the perfect emblem for the brand. 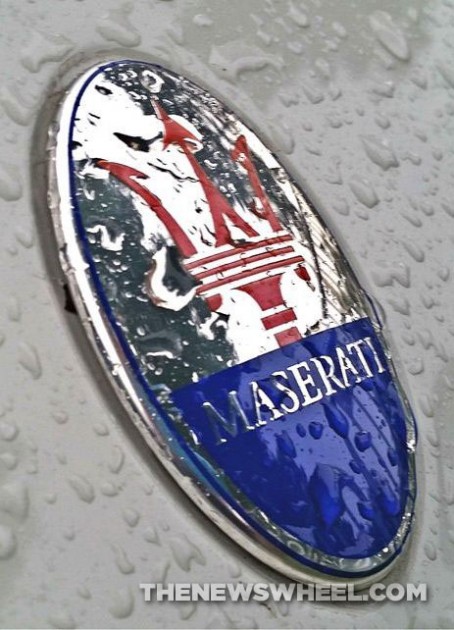 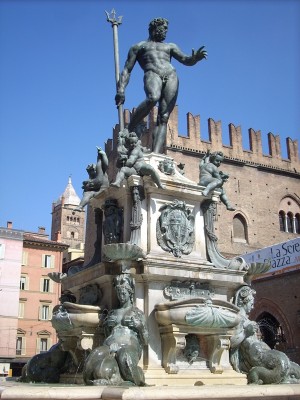 Statue of Neptune in Bologna

His inspiration was the trident held by Neptune (known in Greek mythology as Poseidon) in the Fontana de Nettuno statue in Bologna’s Piazza Maggiore. This city served as the hometown of the Maserati family and location of the company’s first plant before headquarters were moved to Modena.

The image–what it calls the “saetta” logo–represents Neptune’s command over the seven seas and Maserati’s command over the space between them. The red trident encircled by a white oval was designed to compete with the sophisticated appearance of other Italian brand labels.

Enjoy learning about Maserati? Check out the rest of our Behind the Badge series examining automotive brand logos!