Behind the Badge: Analyzing the Honda and Acura Logos

Learn the history of these two deceptively simple emblems

Have you ever stopped and looked at the Honda logo?
Photo: JD Hancock via CC

In the imaginative and diverse world of automotive logos, Honda’s isn’t the most unique. Essentially, it is a big “H”—and it’s not a mystery what the letter stands for.

It’s like what Superindendent Chalmers said after realizing the “H” badge had been stolen off his vehicle in The Simpsons episode, “Lisa’s Date with Destiny”: 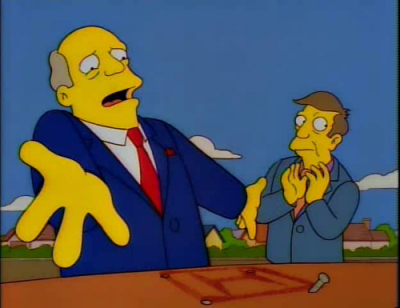 “Awww, that’s how people know it’s a Honda! What’s the point of having a Honda if you can’t show it off?”
Photo: 20th Century Fox

The Honda corporation has many different branches, and possesses a unique logo for each of its product lines, from the wings of the Honda motorcycles brand to the red-and-black blocks of Honda’s power equipment.

The two most recognizable, however, are the “H” logo of Honda automobiles and the “A” logo of luxury subdivision Acura. We’ll take a look at the designs of each auto badge, and see what we can learn from them about the companies.

How Did Honda Get Its Name?

The Honda Motor Company gets its name from its founder, Soichiro Honda, whose name means “one from the base of the fields” in Japanese. He started working as a mechanic tuning race cars and eventually started a piston rings company, briefly attending engineering school to obtain a piston contract with Toyota.

After developing an automated production process that could employ unskilled workers, Soichiro Honda eventually began building motorbikes and founded an automotive brand in 1948.

At first, advertisements for Honda’s products only featured a text-based logo of the company’s name—the stocky, Roman-styled red font in all bolded capital letters still used today (in Japan the “H” is sometimes slightly bigger than the rest of the letters).

When Honda began producing automobiles at the beginning of the 1970s—with the introduction of the T360 in 1963 and the Civic a decade later—a large “H” appeared as the brand’s badge. It’s remains largely unchanged 50 years after it appeared on the blue hood of the T360. 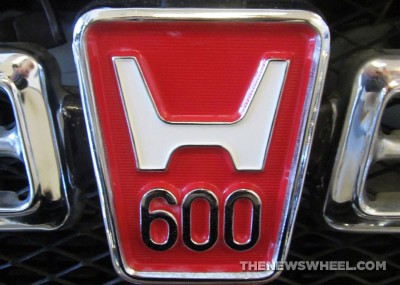 Little is actually known about the ideas behind the Honda “H” logo, but certain observations can be made.

Despite being a Japanese company, the simple text-based image has the characteristics of a western logo. The elegance of eastern calligraphy is discarded for a Latin alphabet in rigid typeface. Clearly, the company wanted to have some foreign appeal.

We do know that Honda wanted its logo to reflect trustworthiness, reliability, and durability—and the wide/thick lettering reflects that. The “H” is broader at the top and narrower at the bottom, as if its arms are raised toward the sky—a fitting stance considering the company’s belief in reaching for one’s dreams (the official motto being “The Power of Dreams”).

NEXT: But what about the Acura logo? 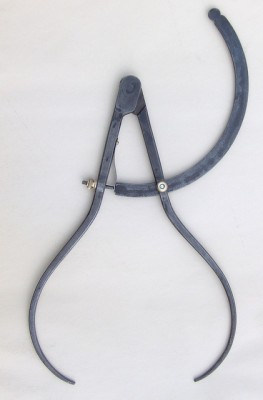 Do you see the resemblance to the Acura emblem?
Photo: Lewis Meyer via CC

When Honda launched its dedicated luxury brand in 1986, it wanted to establish a unique identity in the North American market for its high-quality products.

The name “Acura” was developed by consulting group NameLab, based on the prefix “acu,” meaning sharp or precise. Thus, Acura’s early slogan was “Precision crafted performance,” emphasizing the meticulousness and excellence of the brand’s engineering.

While many point out that the Acura logo looks like the letter “A,” even bearing similarities to the “H” of its parent company Honda, the Acura badge symbol is actually an upright pair of calipers enclosed in an oval. The calipers—a tool used for pinpointing exact, detailed measurements—are colored white in Acura’s logo, showing integrity, purity, and perfection. This is the perfect image for a company that has built a reputation of precision, perfection, and accuracy.

Enjoy learning about the Honda and Acura logos? Check out the rest of our “Behind the Badge” series!