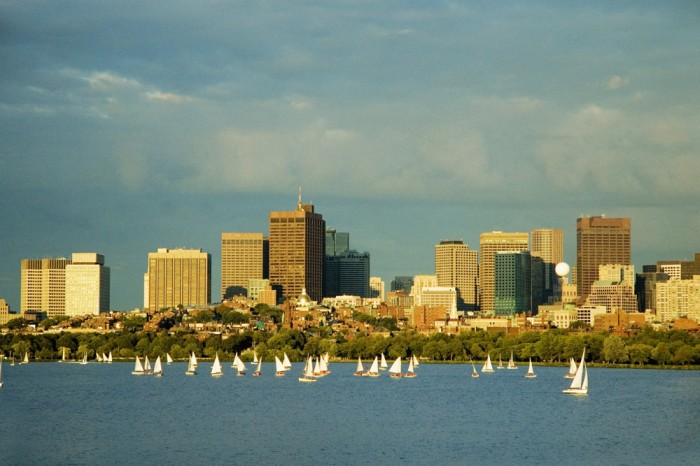 There’s no city more New England than Boston, so when you’re looking to get a taste of the East Coast, make sure this city is your final destination. Located on the Massachusetts Bay and considered one of America’s oldest cities, Boston is perfect for history buffs and bar hoppers alike, ensuring that every member of the family will find something fun to do.

History seeps through the pores of Boston, ensuring you won’t turn a corner without seeing something from the past. Sometimes referred to as a “city of neighborhoods,” the city has an extremely diverse demographic, though it’s most known for the Irish culture that still exists today. Whether it’s a valet asking you if he could “pak ya ca” or an older gentleman regaling you with stories of Boston’s past, there’s no denying you will be welcomed in The Hub.

When you first arrive in Boston, one of the most important sights to see is the Freedom Trail. A 2.5-mile redbrick trail that leads from Boston Common to Bunker Hill, this sight will take you to some of the most important landmarks of the Revolutionary War. Along the Freedom Trail, you’ll even find another great place to be—Faneuil Hall Marketplace, the prime location of Quincy Market, South Market, and North Market, which offer a diverse collection of shops, both food and consumer goods. Finally, for those of you who aren’t Yankees fans—Fenway Park is a must! There’s nothing better than taking in a game at America’s most loved baseball stadium. There is also any number of bars and pubs throughout the city, making sure everyone can find the right place for them!

Boston is among the most historically rich cities in America as the site of multiple key events of the Revolutionary War, including the Boston Massacre, the Boston Tea Party, the Battle of Bunker Hill, and the Siege of Boston. The city was officially established in 1629, though it wasn’t officially named Boston until 1630. In 1635, Boston was opened America’s first public school making it a mecca for education, even today.  Now, it is the location of two of the most renowned universities in the world, Harvard and Yale, while also having multiple top-ranked hospitals.