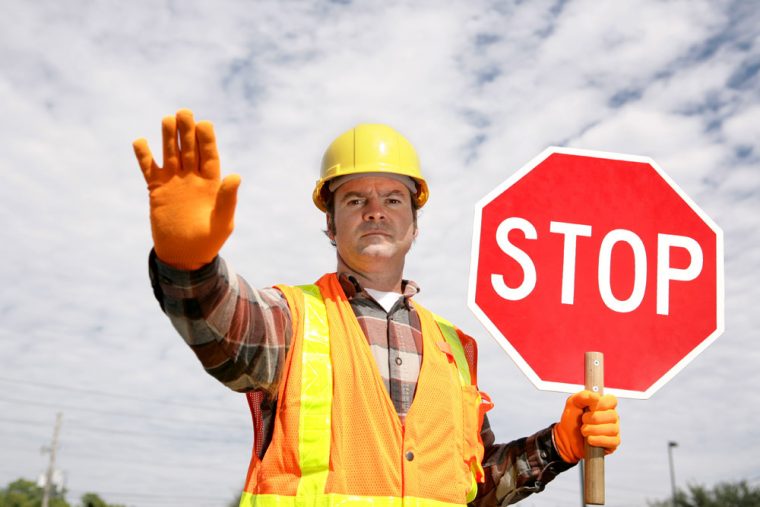 Wait! Don’t get in the car yet!

Around Thanksgiving are some of the busiest travel days of the year, and as today is the day before, many people are already on the road. However, if you don’t have a long way to drive, the folks over at Google report that to miss the heavy holiday traffic you might as well wait for the morning to hit the road. 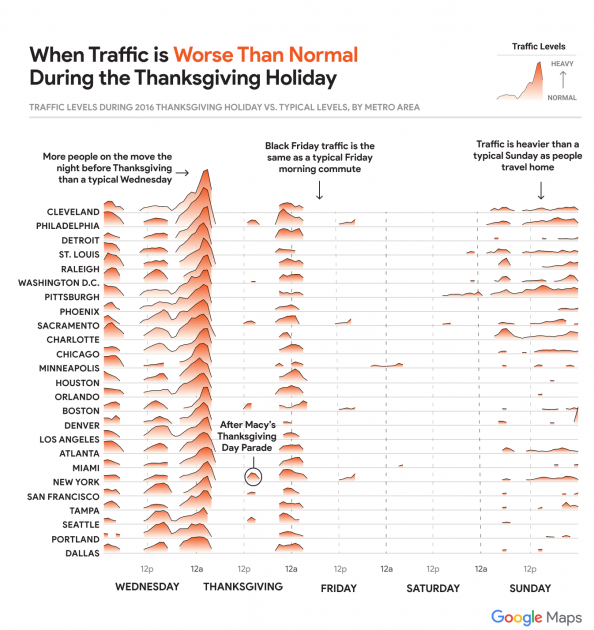 That makes for some pretty clear demarcation—there is a ton of rising traffic during the afternoon, followed by a sudden drop-off a few hours after midnight on Wednesday, and then a period of normal to below normal traffic on Thanksgiving morning. Then there are some isolated bumps depending on location, followed by spikes in the evening, presumably as folks who aren’t spending the night head for home.

So, once the turkey is done, when would be the best time to head back? Early Saturday or Sunday morning, according to Google, although it points out that you need to head out early enough to avoid late-afternoon traffic on Friday and Saturday.