Blast from the Past: A Brief History of “See the U.S.A. in Your Chevrolet” 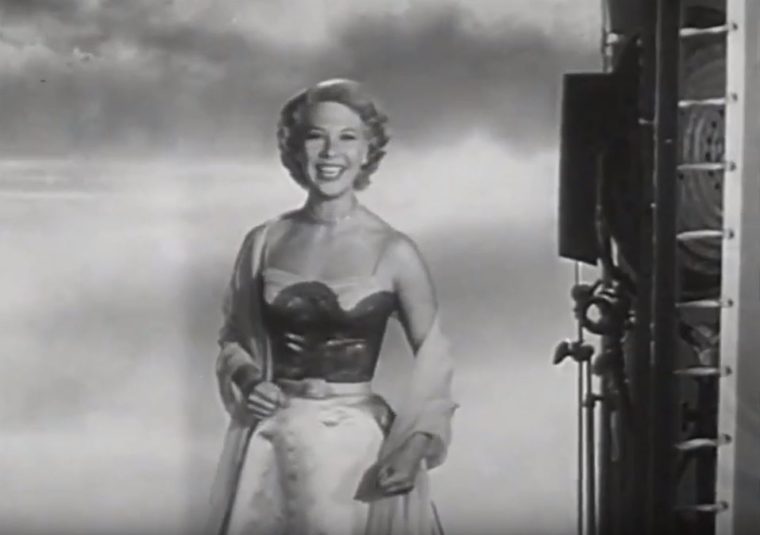 Today, Chevrolet is known for its “Real People, Not Actors” commercials that flood televisions, promoting the bow-tie brand and the many awards its lineup of vehicles has won. But back in the 1950s, television viewers were singing along to a catchy tune called “See the U.S.A. in Your Chevrolet.”

Chevy Today: See the U.S.A. in a customized 2019 Silverado

Although it was originally sung by Peter Lind Hayes and Mary Healy on a show called Inside U.S.A. with Chevrolet, the tune became increasingly popular when actress Dinah Shore debuted her version on The Dinah Shore Show. The television program was sponsored by General Motors and aired for just 15 minutes every Tuesday and Thursday on NBC.

The song became a signature of Shore’s, as she was shown singing it in multiple TV advertisements. She even starred in a 12-minute short film called A Great New Star where she promoted the new 1953 Chevrolet Bel-Air with the assistance of a car salesman and a shopping married couple.

By the 1960s, Dinah was still promoting Chevrolet (and Detroit) with additional long-form commercials featuring vehicles like the Impala, the Biscayne, and the Corvair. However, she mixed it up a bit and sang some alternate tunes for those ads.

In 2011, the cast of Glee did a cross-promotion with Chevy during coverage of Super Bowl XLV. In the commercial, which aired after the football game was over, cheerleading coach Sue Sylvester enticed the glee club with a chance to own and promote the new Chevy Cruze by being in an ad for the vehicle.

With Hollywood struggling to come up with original ideas and nostalgia flooding all forms of media, it feels like now would be a fantastic time for Chevrolet to bring back this classic song with a new series of fun, inventive ads. (Not like the somewhat creepy version from 1999.)

New and Improved: Check out the Chevy Tahoe and Suburban Premier Plus special editions