If BMW’s January 2014 sales are any indication, the automaker is primed to carry its year-ending momentum from 2013 over into the new year and are doing so with relative ease. The BMW Group opened up the year with a 7.8 percent increase over January of 2013, shipping a total of 132,892 BMW, MINI, and Rolls-Royce vehicles.

“This is a positive start, building on last year’s success,” said Ian Robertson, Member of the Board of Management of BMW AG, Sales and Marketing BMW, in a press release. “Looking ahead, although the economic climate remains challenging in many markets, there are signs of improvement and we are aiming for continued growth in 2014. We are launching some very exciting new models over the next few months and our target is to increase overall global sales for a fourth successive year.”

BMW’s January 2014 sales were the best ever for the brand, with 117,164 vehicles delivered and a 9.2 percent increase over last year. Clearly, luxury auto buyers were unaffected and undeterred by the looming potential for the icy death of the world as we know it, coming out in droves to buy BMW brand vehicles from all lines. 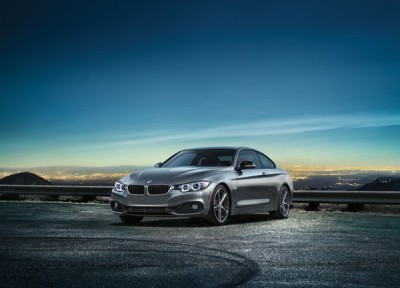 All told, BMW’s January 2014 sales in the US were up 3.0 percent (when combining the BMW and MINI brand) with 20,796 deliveries. The momentum continues from the end of a year that saw record U.S. and global sales for Bimmers. With the BMW i3 and i8 on the horizon, it is only fair to assume that BMW will continue its roll and grow throughout 2014.

Brought to you by Winslow BMW of Colorado Springs, CO.