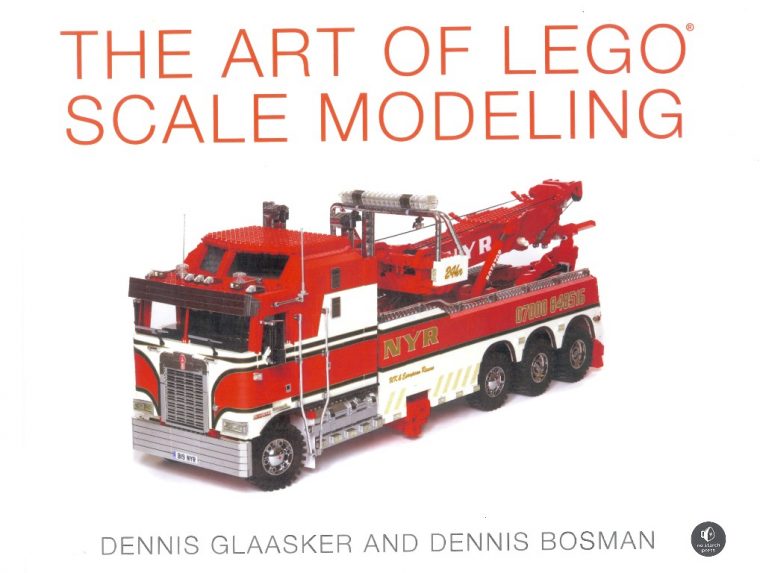 One of the most popular and lucrative toys on the market today appeals to both kids and adults: LEGOs®. These plastic building blocks have helped people across the globe unlock their inner builder. While sticking to a boxed set with designated instructions is good for beginners, the real accomplishment comes from straying from the instructions and creating your own masterpiece.

A true artist is able to replicate what they see in the real world–even if it’s with plastic building blocks. When a master sets his sights on capturing real life in an artistic imitation, the results can be wondrous.

That’s what makes this book something that has to be seen to be believed. 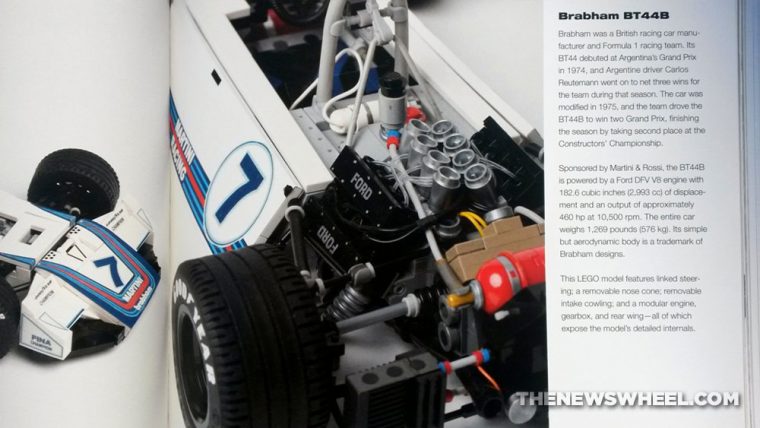 The Art of LEGO® Scale Modeling looks at a variety of real-life vehicles–from racing automobiles to heavy equipment to airplanes–and re-imagines them as scale models. The book collects images of these models from multiple angles and assembles them in a categorized collection that includes descriptions of each vehicle–its real form and its plastic replication.

This compendium is packed with over 50 LEGO models crafted to imitate their real-life counterparts. Created by two dozens different builders, these models include the following makes, plus many, many more:

The book concludes with a section detailing how the models are created; it informs readers where to start, where to procure parts, and how to detail the build.

Authors Dennis Glaasker and Dennis Bosman are both expert LEGO builders, having worked on model replications for decades. This culmination of their pioneering work shows the level of sophistication that LEGO® modeling has reached.

Have Children? They’ll love this picture book about how cars work 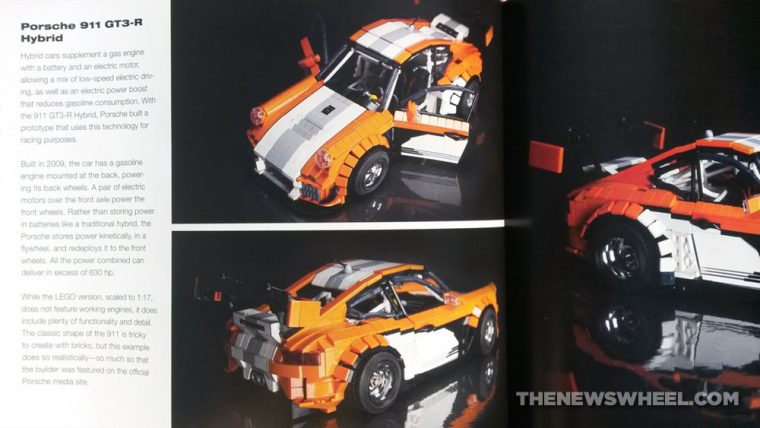 Inside and out, The Art of LEGO® Scale Modeling is beautiful and meticulously crafted. The utmost attention is given in the layout to emphasize the LEGO® models rather than the text, title, or backgrounds.

The cover is a sturdy matte white with glossy, vibrant text and showcased vehicles. The blank backdrop really sets the cover models apart and makes them seemingly leap from the page. The choice of font–sans serif both inside and out–is modern, legible, and modest. Appropriately, the focus is on the red fire truck, unmistakably advertising the focus of the book.

Inside, the layout is similar: soft backgrounds that emphasize the painstakingly-crafted LEGO® models. Large, high-quality photographs stretch to the edge of the horizontally-oriented pages, capturing the fan-built recreations from multiple angles. A variety of backdrops are used, including natural surroundings (such as asphalt roads and to-scale landscapes) that make the models appear shockingly realistic.

The text is not the focus of the book and doesn’t overwhelm the page. In fact, the summaries are brief and to-the-point, giving background on the machine and how it was replicated (LEGO® piece count, use of custom pieces, and special functions the model has, like opening doors).

No Starch Press doesn’t mess around with the quality of its printing and binding, either. This volume–while likely to attract smudges on its white cover–won’t fall apart any time soon. The pages are a bit thin for my liking and tend to stick together, making them hard to flip through. Hopefully they won’t tear after repeated viewings. 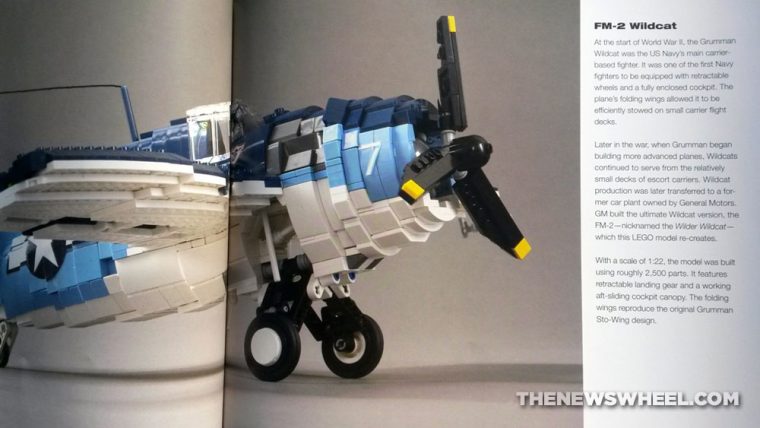 The Art of LEGO® Scale Modeling knows what its focus is and showcases it well. Its stars–the incredibly replicated scale LEGO® models–deserve a book like this. It’s not padded by lengthy text or poor page layout. On every page, the skill of these master builders is proven with crisp, high-resolution images that reveal the painstaking detail in every construction.

And make no mistake, these constructions are what make the book so fascinating. With the addition of details like stickers and the masking of LEGO elements that would spoil the realism (such as the round knobs), these models are easily mistakable for the real things, even when photographed close-up.

Each category of machine (cars, planes, boats, etc.) includes a lot of variety that demonstrates the the techniques and variations in the real things and how they’re replicated through building blocks. Granted, some more variety could be used in the motorcycle category–Harleys are lovely machines but there are other motorcycles out there.

A look at the construction of some of these models would be a nice addition, as the book only contains the completed models. Cross-sections and works-in-progress would further enhance the exhibition of the authors’ work.

Whether you’re an avid LEGO® builder, an enthusiast of large vehicles, or a casual admirer of either, Glaasker and Bosman’s book is for you.

The Art of Lego® Scale Modeling is available through Amazon, O’Reilly, Barnes & Noble, the publisher, and other retailers.