It’s hard to fathom why Chevrolet paid to feature a 2016 Volt in the upcoming sci-fi movie Tomorrowland if the automaker had one of these things lying around. Unlike the Kia Optima, this futuristic concept looks like something that might actually have been in the new Star Wars trailer. 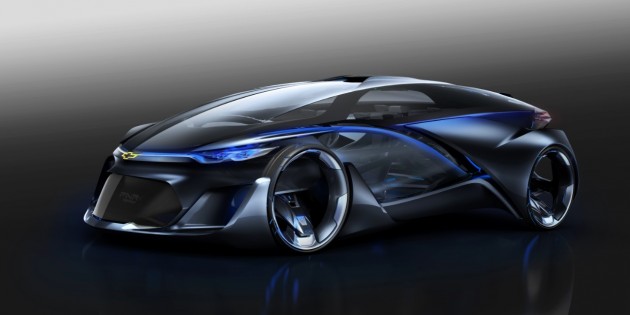 If by “younger consumers,” they mean 7-year olds, then yep, this should do the trick. And honestly, today’s grade schoolers will probably be looking for a new car by the time this concept becomes a reality. 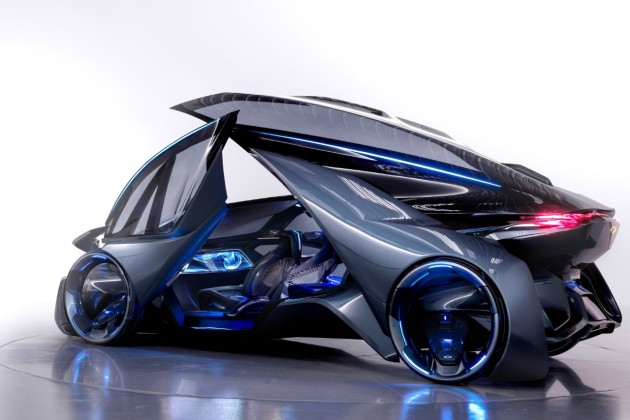 Inside, it features the same awesome swivel seats found in the Mercedes-Benz F015 concept, along with high-tech features like iris recognition start (!) and Chevy Intelligent Assistant.

The self-driving Chevrolet-FNR concept vehicle has sensors and roof-mounted radar that allows it to map out  its surrounding area and take control. The driver can switch back to manual mode through the FNR’s gesture control system. 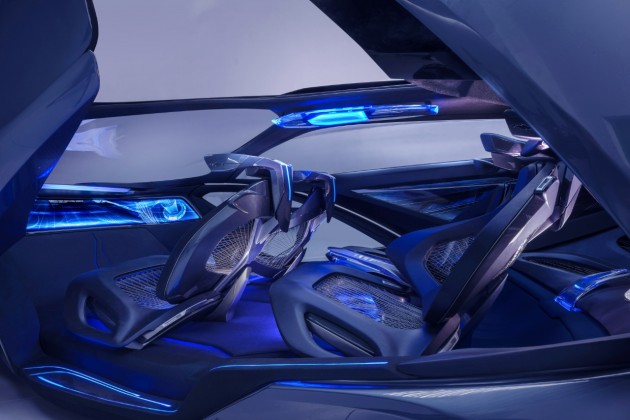 The Chinese-spec Chevy Malibu also debuted in Shanghai today, but attracted considerably less attention, since it doesn’t look like something that comes standard with frickin’ laser beams.