Brad Keselowski Appearing in Sharknado 3 for Some Reason 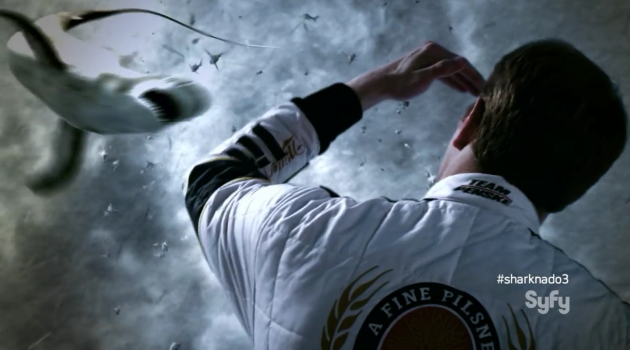 Have you ever seen a movie that swings so far below a zero on the 1-10 quality scale that it somehow becomes a 10? We’re talking so-bad-it’s-brilliant fare. Stuff like Troll 2, The Room, and Birdemic. There’s something charming about watching a film that you absolutely know somebody poured their heart and soul into…even when the end result is absolutely atrocious on every conceivable level. 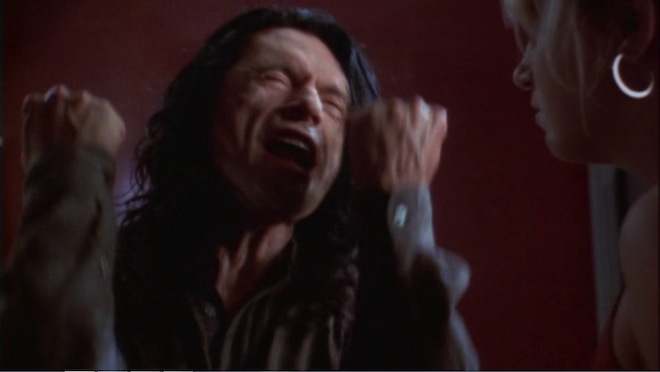 Then there are films that attempt to pull off this same charm by being willfully awful. This would be, for example, a film like the original SyFy classic Sharknado. Sharknado inexplicably became a cult phenomenon, which led to a sequel chock full of even more intentionally-awful black humor and a whole ton of cameos.

Now, SyFy is dipping its toe back into the water once more with…ugh…Sharknado 3: Oh Hell No! Yes, that’s the full title of the film. It hits TV on July 22nd, and if the first trailer is any indication, it’s going to be really bad (and not in a good way).

Yes. You are absolutely correct. That was NASCAR driver/punchable face Brad Keselowski coming perilously close to being eaten by what appears to be a tiger shark. 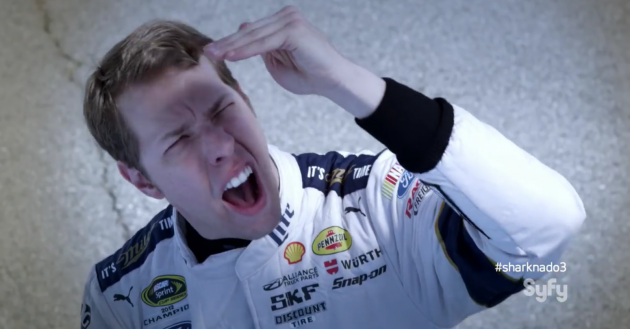 Well, on the plus side, maybe we’ll get a Ford Fusion done up to look like a shark out of the ordeal.