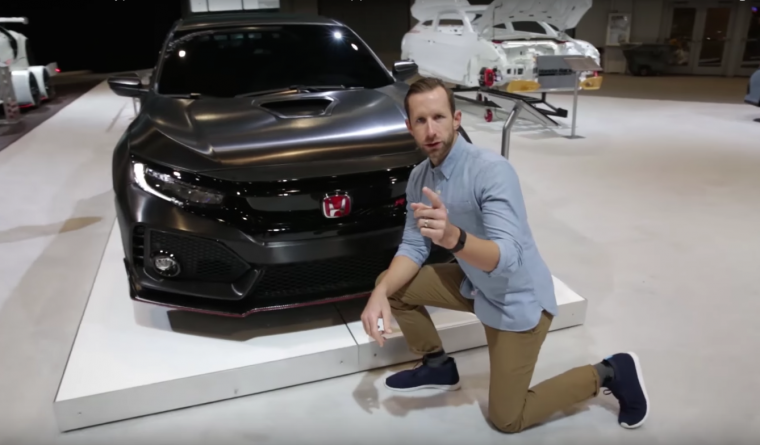 Apparently, The List host Bradley Hasemeyer is Honda’s official guy who points at their cars in videos.

Hasemeyer’s services were first called upon last month, when he appeared in two videos for the all-new 2017 CR-V. Now he’s back, this time showing off the Honda Civic Type R prototype that headlined Honda’s “Civicpalooza” lineup at this year’s 2016 SEMA Show in Las Vegas.

Hasemeyer doesn’t get a chance to sit inside the hot hatch, but he does get to touch the vortex generators, which is a feat in and of itself.

Perhaps so, but Hasemeyer still thinks it’s a perfectly acceptable daily driver, unassuming enough to travel to the store and pick up groceries in.

The Honda Civic Type R concept premiered in Paris in late September of this year, making its North American debut at SEMA earlier this month. When the production model launches next year, it will join the rest of the 10th-generation Civic lineup, which also includes the all-new Civic Sedan, Coupe, Hatchback, and Si.

No official details are known as of yet, but the production Civic Type R is expected to have a turbo 2.0-liter engine capable of as much as 340 horsepower.