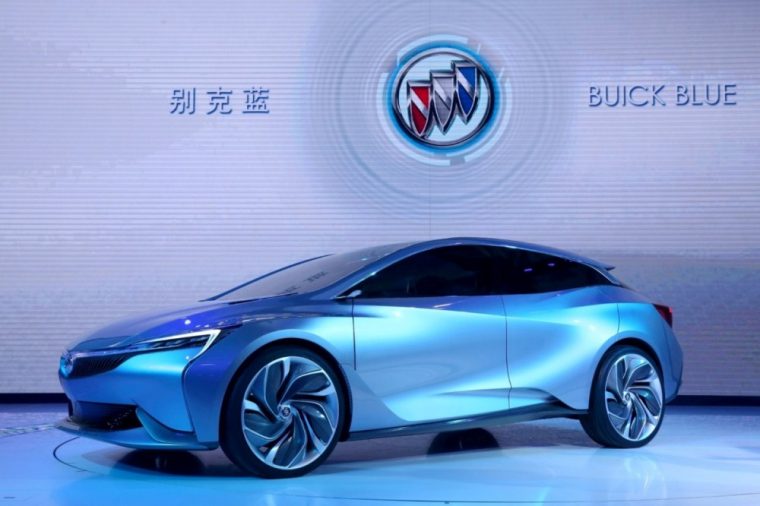 The introduction of the Velite Concept means the Buick Blue Campaign is in full effect
Photo: © General Motors

Buick made its plans to introduce new eco-friendly vehicles in China abundantly clear when it revealed the Buick LaCrosse Hybrid earlier this year at the 2016 Beijing Auto Show. Now, Buick has ramped up its green driving initiative by introducing the Velite Concept today, November 18th, at the 2016 Guangzhou Auto Show.

It was initially thought the Velite Concept wouldn’t be more than a rebadged version of the Chevy Volt, but this model is actually meant to showcase Buick’s new design language.

Thanksgiving Driving Tips: Use these helpful hints to stay safe during the holiday season

The Velite was developed by the Pan Asia Technical Automotive Center (PATAC). Engineers there used water and traditional Chinese culture as inspiration for designing this concept. These elements can be seen in the flowing lines and rippling curves featured on the vehicle. In addition, the Velite Concept’s matrix LED headlights and wing-shaped grille will be featured on upcoming Buick models.

No pictures have been released of the Velite’s interior, but an official GM press release indicated that recycled materials were used to create the cabin and a panoramic sunroof is also included. The interior space is meant to serve as a “mobile network,” where users can enjoy access to cloud-based connection and storage.

No performance stats were given for the Velite Concept, but the automaker did make it known this plug-in hybrid vehicle will use GM’s new-generation modular intelligent electric drive system and a high-performance modular lithium-ion battery pack.

As part of the Buick Blue energy strategy, the company plans to introduce more hybrid and electric vehicles to China in the near future.

Buick also used the 2016 Guangzhou Auto Show as a platform to introduce its new Buick GL8 and GL8 Avenir minivans.

Car Care 101: Find out how often new GM vehicles really need to have their oil changed