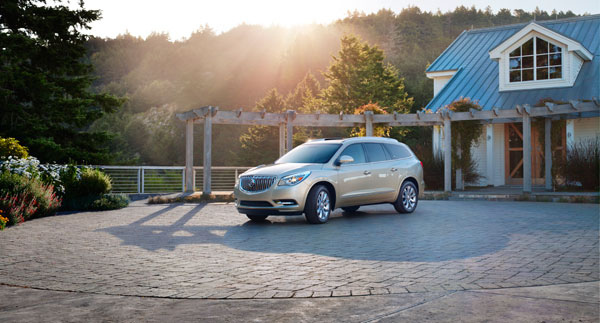 On many accounts, 2013 was a terrible year. NBC’s The Office took its final bow, gas prices remained high, and once-innocent Miley Cyrus twerked her way into the hearts of our nation’s susceptible youth. But on the flip side, 2013 was also a year to remember, especially for Buick, which saw a year of incredible sales growth.

In fact, Buick’s 2013 sales were the best recorded since 2006, before the economic recession sent American car brands spiraling into bankruptcy. Retail sales for Buick shot up 13 percent over last year while total sales climbed an impressive 14 percent.

“2013 was a good year for Buick and our dealers,” commented Brian Sweeney, the vice president of Buick Sales and Service. “We were one of the first to market in an all-new segment with the Encore, and we launched the refreshed 2014 LaCrosse and Regal sedans. Buick is bringing many new customers into the showroom. We look forward to carrying this momentum throughout 2014.”

Buick’s 2013 sales success is owed to Buick’s entire outstanding lineup. Specifically, the Enclave achieved its best retail sales in its history, at seven percent over 2012. In fact, it was Buick’s top-selling retail vehicle of the year at 54,330 units. It was also named the most-reliable American car in its segment.

That honor was also bestowed to the Verano, which saw its best year yet as well. Deliveries maxed out at 42,012, which is a six percent increase over last year. The Buick Encore also drew in the crowds; one in two customers for the Encore was actually pulled in from a non-GM brand. The Encore also earned the distinction of “Highest Ranked Sub-Compact CUV in Initial Quality (in a tie)” from J.D. Power and Associates.

With a year as successful as 2013, it will be hard for Buick to set new records in 2014. Do you think Buick’s 2013 sales are representative of what we’ll see this year and for years to follow, or will sales continue to climb over the next decade?