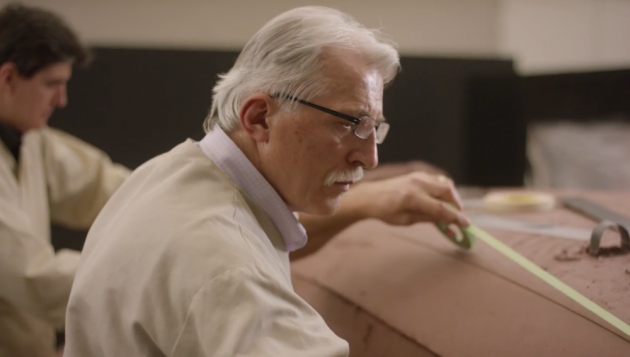 Roman Lys (foreground) and his son Robert Lys (background) are both sculptors at Buick’s design studio.

Sculptor Matthew Brancheu’s father has been in the automotive industry for more than 40 years and said it’s the main reason he decided to enter the industry too.

Throughout Buick’s new video, which was released on Father’s Day, the question is asked whether creative talent is learned or if it is just a thing some people are innately born with.

Elizabeth Wetzel has spent more than 30 years at GM Design and led the interior design of the Buick Avenir. She said in the video that her family was directly responsible for her interest in cars because their family time was mostly spent at automotive events and car races.

“We’ve been to Indy, we’ve been to Talladega, we’ve been to car shows where they had the classics, and it really became who we were,” said Wetzel. “My dad had a great deal of enthusiasm. He said, ‘You can have talent, but if you don’t have the enthusiasm you can only go so far.’ ”

“To me, both talent and education are really important,” said Sooshin Choi, provost for the college of creative studies. “Without talent, education alone will make it harder to be a designer, but without good education, talent alone cannot make you a professional.”

Check out the full video from Buick directly below: