Buick’s Rearview Camera to be Standard on All 2015 Models 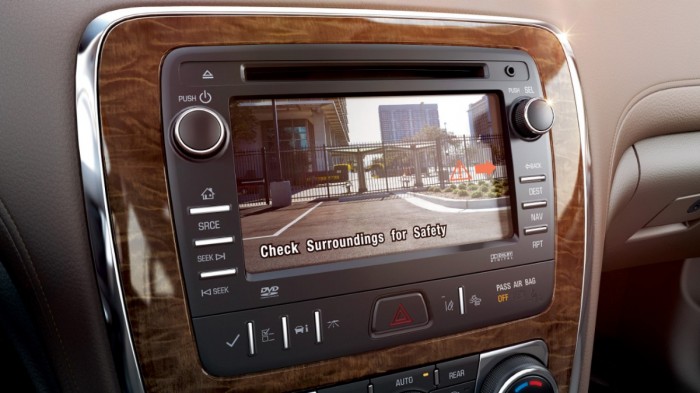 Buick’s rearview camera on the Enclave

According to statements today, Buick’s rearview camera will become standard technology on the entire 2015 Buick lineup.

“Rear backup cameras have become like power windows and air conditioning,” said Karl Brauer, senior analyst for Kelley Blue Book. “While they’re not standard on every car, yet, it’s rare to operate a new vehicle without them. The increased confidence these cameras provide make them a must-have feature.”

Related: Avoid the “Puke Zone” with the Buick Enclave

It’s not just confidence that the cameras are good for, however. A 2013 study out of the University of Michigan’s Transportation Research Institute showed that vehicles housing rear backup cameras had a severely reduced rate of backing crashes. In this particular study, 97 percent of the backing crashes involved a second vehicle; this data corresponds with actual U.S. crash data analyses.

Buick’s rearview camera won’t be the only thing bolstering confidence in drivers of 2015 Buick models, however. Five-star Overall Vehicle Scores from the National Highway Traffic Safety Administration will likely also instill a bit of assurance in Buick drivers.

“We know our customers are very safety conscious,” said Duncan Aldred, U.S. vice president of Buick and GMC. “The current Buick lineup holds many safety accolades, but we are always pushing to be at the forefront with our vehicles being among the safest available.”