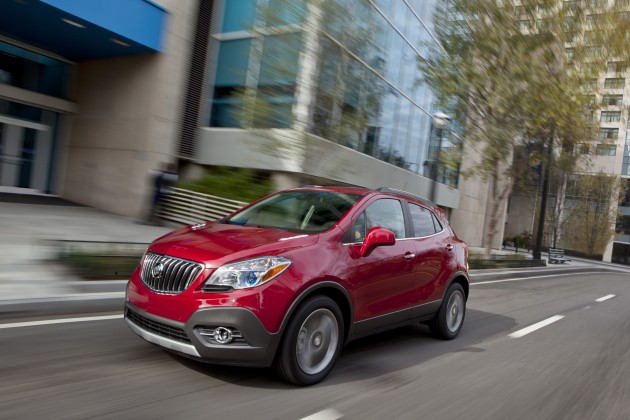 Buick’s September sales were up 6% (retail) and 12% (total) over last year, making this September the brand’s best since 2007. The sales gains were largely due to stellar performance from the automaker’s two crossover offerings, the Buick Encore and the Buick Enclave.

“Despite the difference in size, both Encore and Enclave deliver the core attributes – style, comfort, quality and value – customers expect in a modern Buick,” explained Tony DiSalle, vice president of marketing for Buick. “Thanks to the success of our ‘Experience the New Buick’ campaign, consumers continue to discover these qualities are available in a Buick that truly fits their needs.”

The Encore has seen nine consecutive months of retail sales gains and has been the leader in sales of the small SUV segment for a whopping six months in a row. In fact, the Encore is selling so hot this year that sales so far in 2014 are up 59% over the same duration in 2013. In addition, the Enclave is celebrating its best September in three years.

But it wasn’t just the SUVs that led the charge. Buick’s sedans also performed quite well. The Verano saw a 6% increase over last September; the Regal followed closely with a 5% increase.