Building a Monster Jam Track Requires 7,500 Tons of Dirt and Just as Much Heart 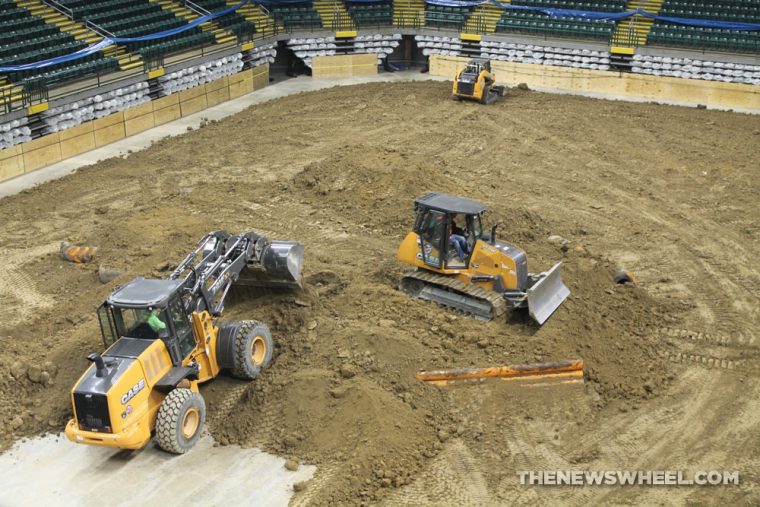 Like many people, Jimmy Mijarez grew up watching monster truck shows and dreamed of one day becoming a driver. It was that passion that led to him becoming an event director for the Monster Jam AMSOIL Series.

“I used to work in the auto parts industry, but at the same time I would help in any way, shape, or form that I could with Monster Jam teams, just trying to get my feet wet,” Mijarez said when interviewed by The News Wheel. “I wasn’t afraid to get down and dirty. I got to know some management and they said ‘Hey, I think you’d be a great fit (as an event coordinator), why don’t you give this a shot?’ I did and now I’m just living the dream.”

As event director, Mijarez “calls the shots” during the show and oversees track construction at each venue. Building just one track requires 1,500 man hours, 6,000 sheets of plywood, and 300 dumptrucks full of dirt. 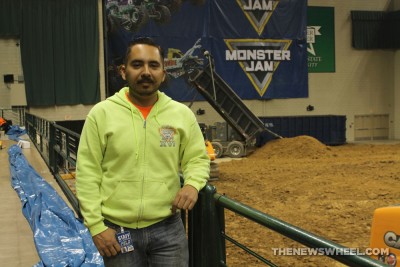 “We don’t show up to a venue and say, ‘This looks good here and this looks good there.’ Everything is done for a purpose,” he explained. “This tour and all of Monster Jam arena tours are special in that we actually test these tracks before we bring them out in public. So all of last year, we built the test track out at Monster Jam University in Illinois.”

The testing process allows Monster Jam to collect the specific measurements, angles, ramps, and obstacles needed to bring out the best performance from its athletes and trucks. Drivers also provide feedback if they find a particular ramp to be too aggressive or if another transition could be added.

Monster Jam uses a hybrid track for its arena shows, such as the AMSOIL Series event occurring at the Nutter Center in Dayton, Ohio, Jan. 29-30. A hybrid track is a combination of dirt ramps and obstacles, which Mijarez says is meant “to make the truck look like it is out of control, but in all reality the drivers are in control. 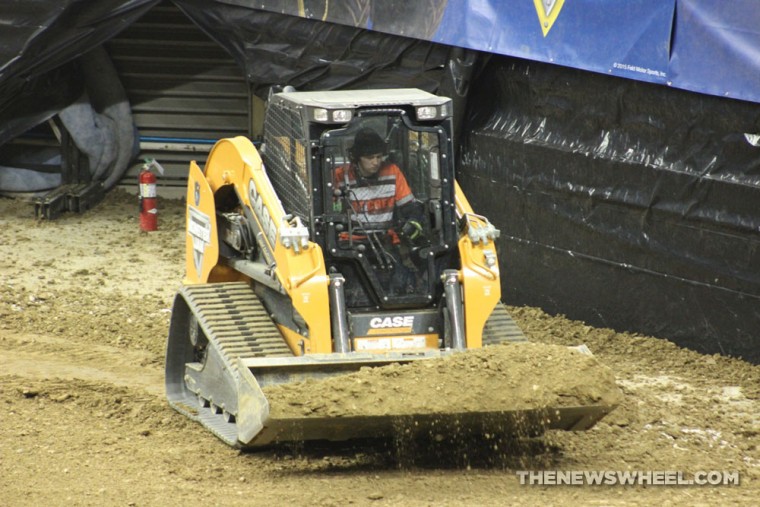 “We’re just getting incredible performances from these athletes just because of this track itself,” Mijarez added. “When you compare the arena tracks from now a days to what they used to be. You just can’t because what these trucks are able to do in such a small amount of space with this track, it’s amazing.”

As Monster Jam continues to grow from a seasonal sport to a year-round business, Mijarez and the rest of the Monster Jam crew find themselves spending more time on the road and less with their families, but there’s a certain aspect of each show that continues to provide them with motivation.

“We put in a lot of hours, long days, and endless nights, but when we look around and see the smiles on kid’s faces and we see fans that have been following the sport since day one for the past 40 years. When we see everybody happy, that’s when we realize that it’s worth what we do.”

Photo Gallery: Construction of a Monster Jam Track at the Nutter Center