Update: If you really, really insist on watching this trainwreck for yourself, you can check it out below. Actual things start happening around the 50-minute mark, but you won’t actually see a Mustang until you’re an hour and seven minutes in. You have been warned:

The old saying goes that when you are really, really proud of something, you want to climb the highest mountain and shout down to the masses. This day in age, man can make things that are just slightly larger than mountains. Like, for example, the 2,717-foot-tall Burj Khalifa in Dubai.

Ford is very proud of its 2015 Mustang, and it is similarly proud to bring it to international markets such as the Middle East, Australia, and Europe for the first time in its 50 year history. So they put one on the Burj Khalifa. Here’s my liveblog of the reveal:

The kickoff ceremony for the Mustang’s Middle East release begins with a short video that more-or-less apes Mission: Impossible 2’s rock climbing sequence (which is ironic, given that star Tom Cruise also scaled the Burj Khalifa in Ghost Protocol). 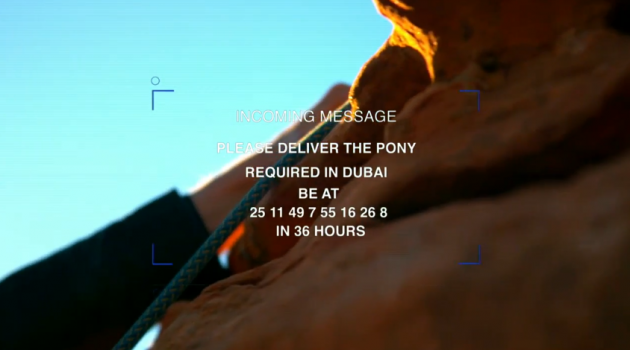 Deliver the pony. Save the world.

We then get a man—referred to as Whiskey Charlie Foxtrot, so yeah, you know it’s Bill Ford—riding a literal pony to Flat Rock in order to pick up Ford’s newest pony. Because symbolism.

Basically, this is five minutes of Bill Ford living out one of his fantasies he’s had since he was 12, which is understandable given that the other dream of a Detroit Lions championship is unattainable. 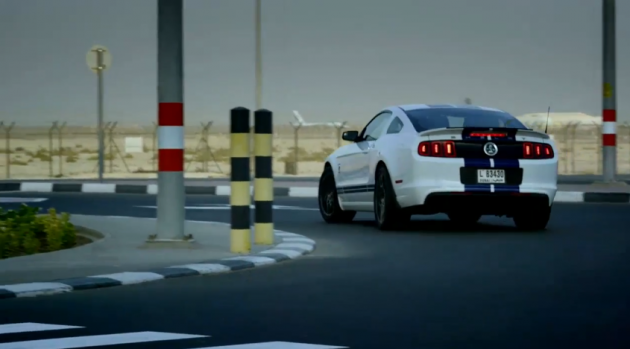 He arrives at an airport, where he jumps into the newly-revealed Shelby GT350, rides out to a tarmac, and…okay, we get it. Bill Ford. Man of mystery. International intrigue. Etcetera, etcetera. Can we just get to putting a Mustang on top of a really, really tall thing now? 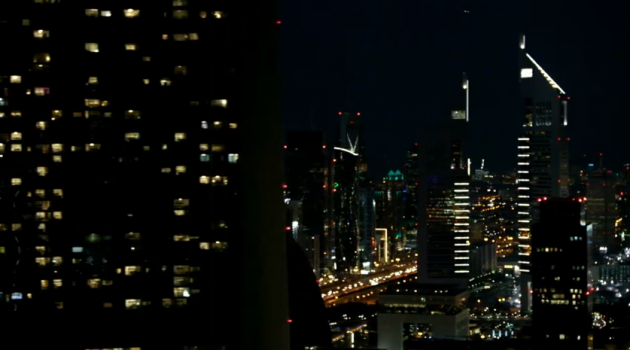 And then FINALLY, we arrive at the Burj Khalifa. 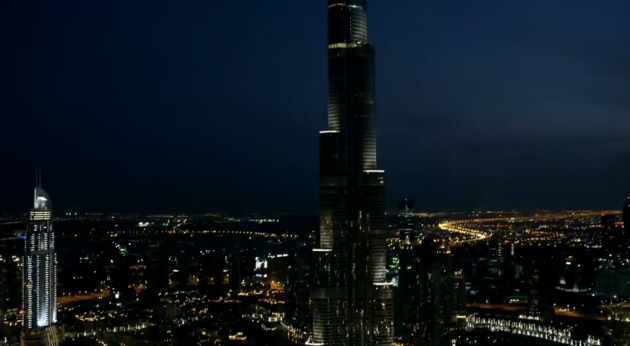 There it is. Is there are a car on it yet?

…but not before we spend two whole minutes watching a helicopter land on an adjacent heliport. 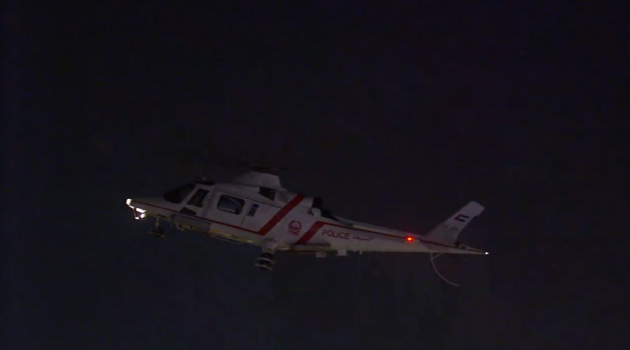 Any time now, Bill. We’re on your schedule.

Oh, so we are recreating the M:I – Ghost Protocol scene, only we’re scaling down a much smaller building. 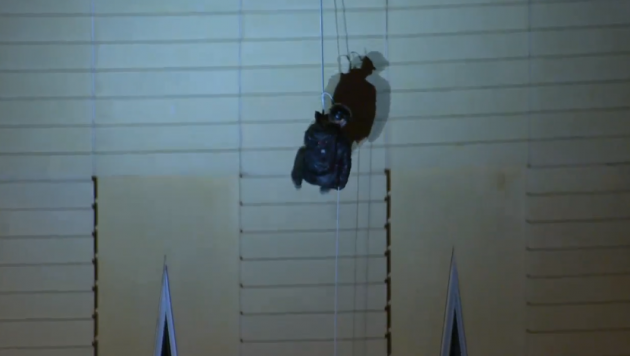 We get another two minutes of jet-skiing. 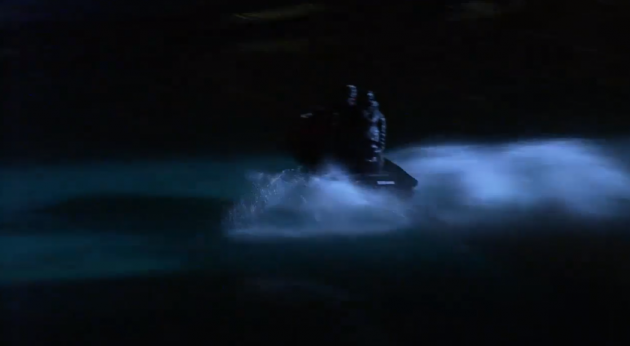 We FINALLY get to the front of the building. 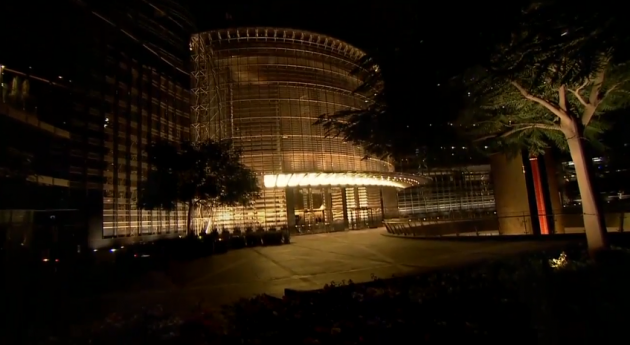 This is the worst remake of The Raid I have ever seen.

WCF (again, this is Bill Ford, don’t be fooled) gets his photo taken by gawkers as he spends at least one whole painful minute standing in an elevator. 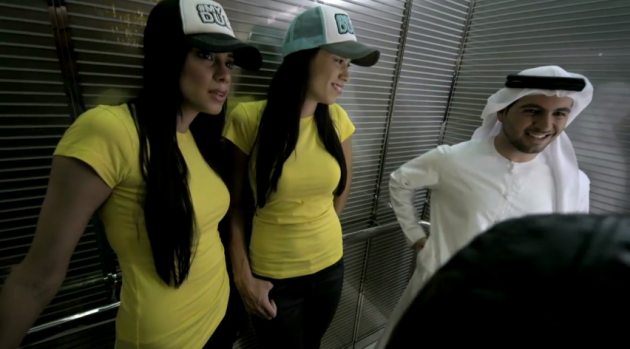 And then the big reveal! No, not the car. Bill Ford! Aren’t you surprised? 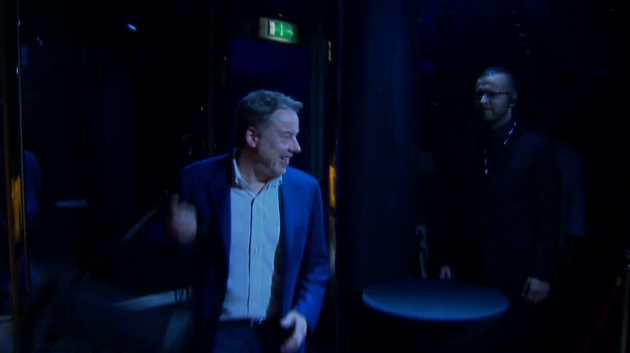 He walks around in hallways for a while before… 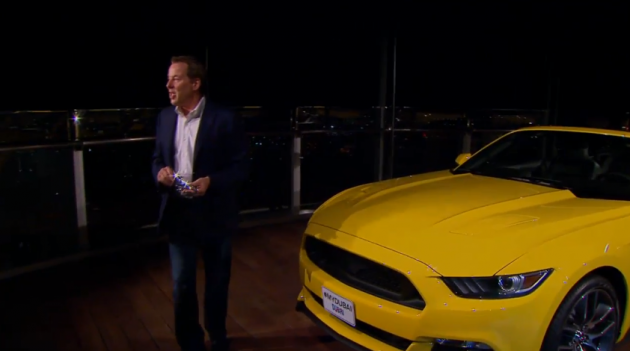 This has taken sixteen minutes.

Here’s where it gets great.

The audio cuts out. Ford is talking, but you can’t hear a thing he says. 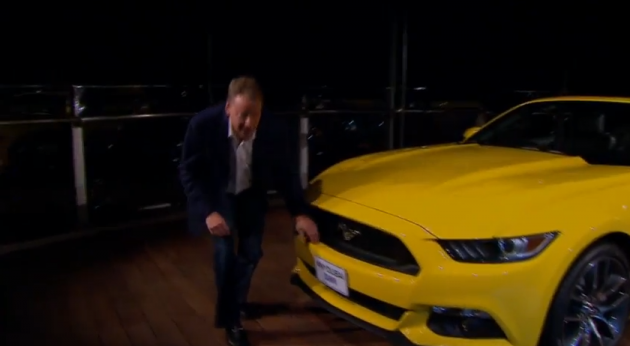 He slaps an emblem on the front of the Mustang, smiles, and says, “Thank you, Dubai.”

Exterior shot of the Burj Khalifa. 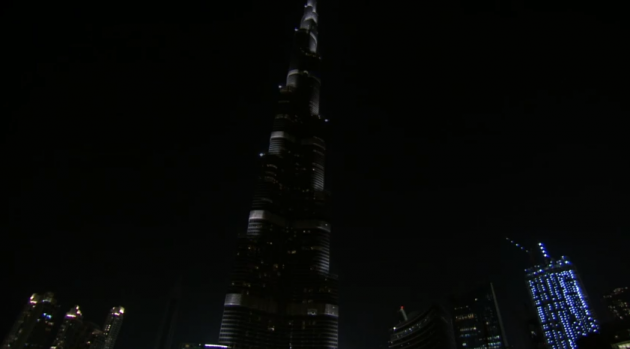 This inane marketing stunt was directed by Tommy Wiseau.