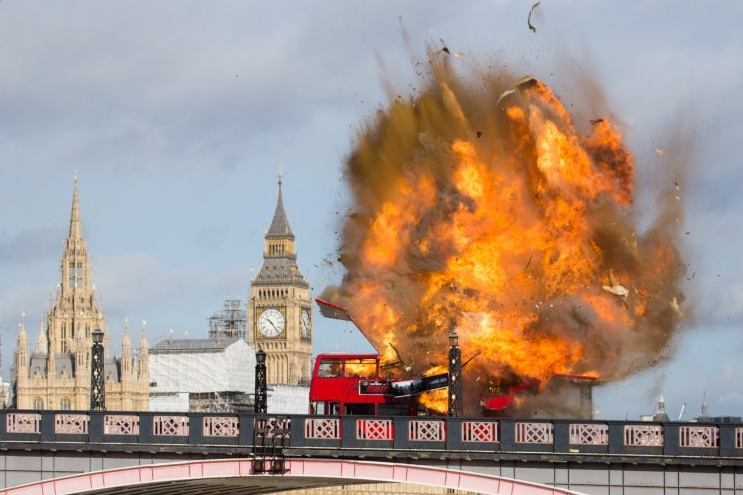 An explosion on Lambeth Bridge in London was only a stunt for a movie, but it scared locals anyways

Earlier this week, people in London received a bit of a shock after a bus exploded on Lambeth Bridge. The explosion, which was part of a stunt for Jackie Chan’s newest film called The Foreigner, caused many people to panic.

Gee, guys. Who’da thought a bus bursting into flames would scare those who didn’t know it was for a movie? 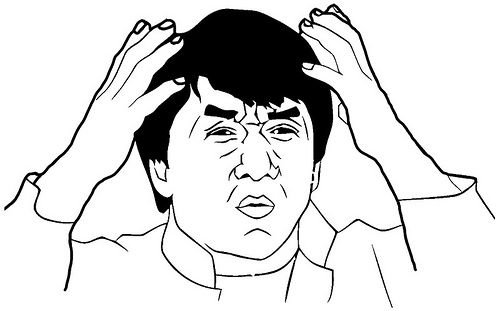 For many Londoners in the area, the blowing up of a bus hit much too close to home. On July 7th, 2005, there were a number of terrorist attacks that took place in London as multiple bombs were detonated throughout the city’s mass transit system, including one on a double-decker bus. It especially wasn’t helpful that the planned explosion occurred on the same day the MI5 (UK’s domestic counter-intelligence agency) raised the country’s international terrorism threat level to “severe.” 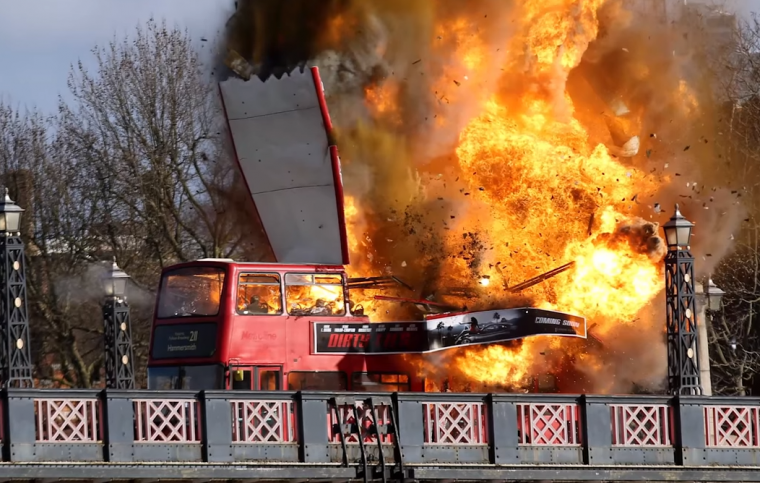 A close up of the explosion

Needless to say, the general public was pretty angry with the filmmakers.

If you’re filming a London bus blowing up and tweeting it out, SAY IT’S FAKE. Some of us lived through 7/7 waiting to see who’d died.

Noticed this on Lambeth bridge as we passed. Got v worried until we realised they were filming! #theforeigner pic.twitter.com/cq8rpGoszD

The explosion even caught the eye of popular author Sophie Kinsella, who took to Twitter to admonish the “film types” that scared the living daylights out of everyone in the area.

Supposedly, warning signs had been placed around the bridge and local residents were warned of the stunt beforehand—but that doesn’t account for those that didn’t know what was happening. Conservative lawmaker Nigel Huddleston looked to calm nerves by posting his own tweet, stating “Anyone worried about the exploding bus on Lambeth Bridge just now? It was just for a movie.”

Anyone worried about the exploding bus on Lambeth Bridge just now? It was just for a movie. pic.twitter.com/1ypWZZ6jPp

The action film is based on Stephen Leather’s book The Chinaman, and will star Chan and former James Bond actor Pierce Brosnan. It’s directed by Martin Campbel, who is well versed in action films as the director behind Casino Royale and GoldenEye.