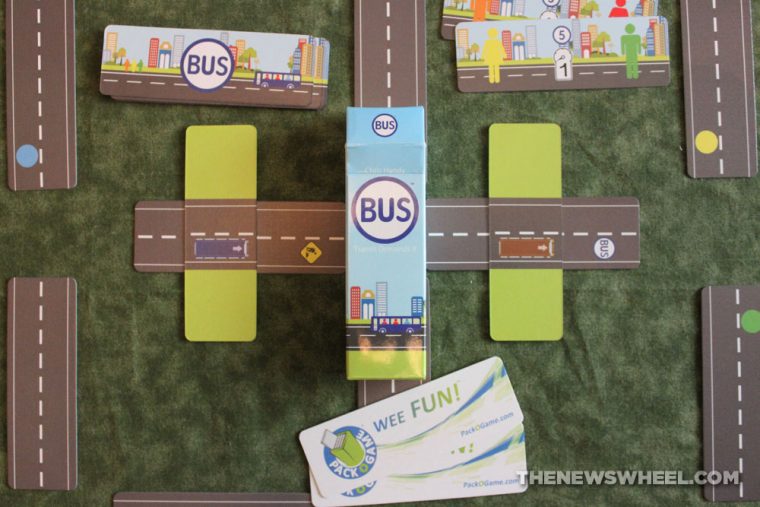 When you’re on the go and you want to game to place in the waiting room, at lunch, or on a plane, you don’t want to lug around a big box with lots of components. Sometimes, even a deck of poker cards is too big. That’s why Perplext created its Pack O Game™ line of micro card games that come in gum-sized tuckboxes.

For as many card games as I’ve played over the years, I’ve not played one of these. BUS, one of the titles in the first Pack of Game set, particularly interested me because of its transportation theme (as I am a gearhead and a gamer). Here’s what I thought of it! 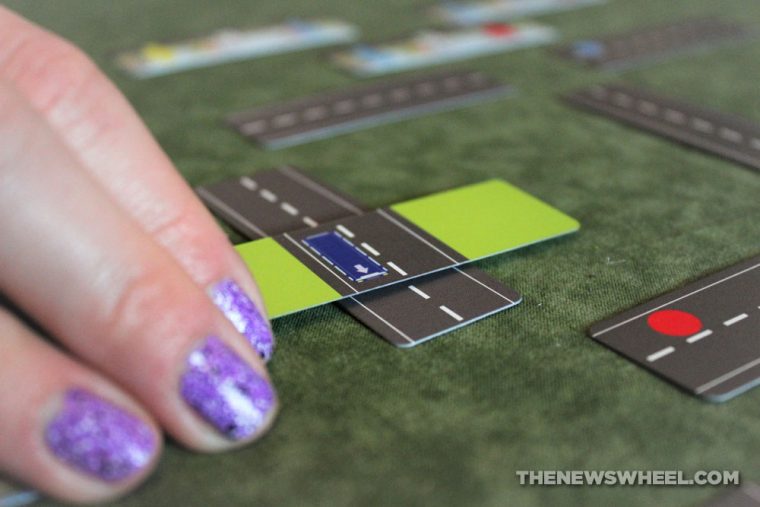 In BUS, players are bus drivers earning points by transporting passengers to their destinations. Each player begins at a bus stop and chooses an available passenger card, containing two passengers who need to be delivered to different destinations, plus their point value and speed (the maximum distance the bus can travel on a turn). Players navigate through a gridded arrangement of streets, delivering passengers and choosing cards for new ones. After a player accumulates five completed passenger cards, the game ends and the person with the most points wins. 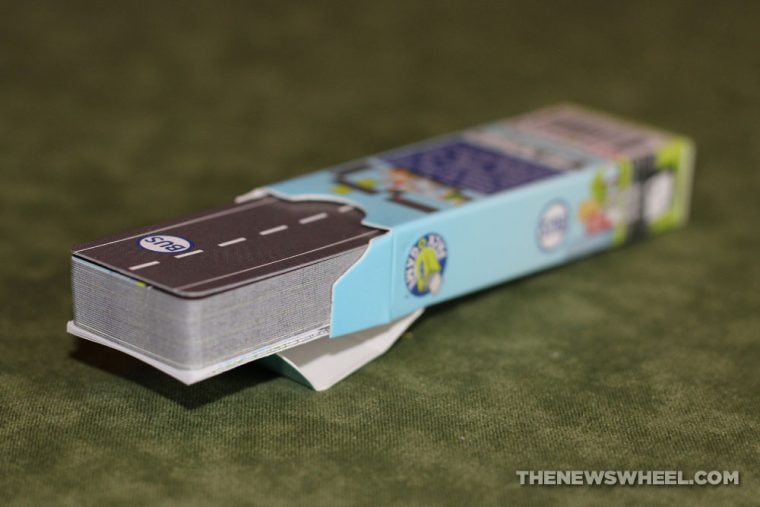 BUS includes 30 cards and an instruction pamphlet. That’s all you need to play!

For being so small, the tuckbox and cards are pretty durable. They contain an impressive level of detail considering their minuscule size. They’re easy to see and understand if you have poor eyesight; the colors emphasize the most important bits of information. The manner in which the cards are used and arranged to expand the micro-deck into a full-size game is clever, I’ll admit. 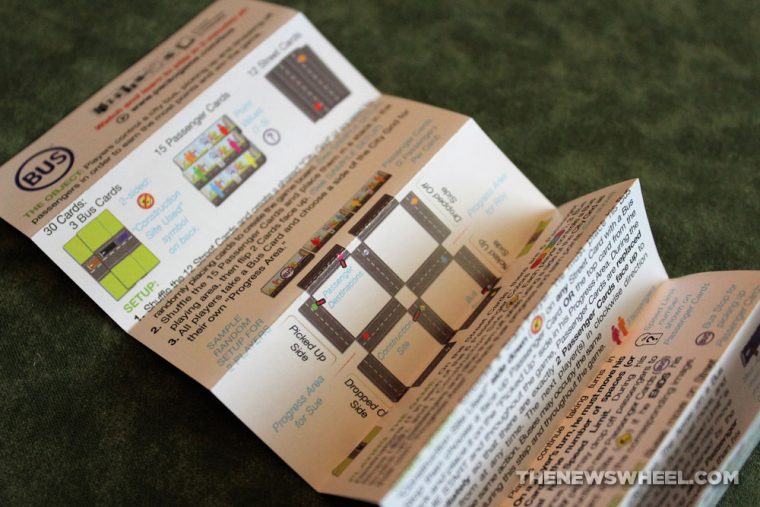 BUS comes with a single-sheet instruction guide on how to play. Due to its compact size, the sheet relies heavily on words to explain, though it does have a diagram or two as visual guides. If you have trouble understanding the printed directions (which we did in places), it offers a URL to a site page with a how-to-play video that’s quite helpful. We still ended up having some minor rule questions we came across, but nothing a house rule couldn’t fix. By the second game, we were able to explain it well to new players, which is a plus. 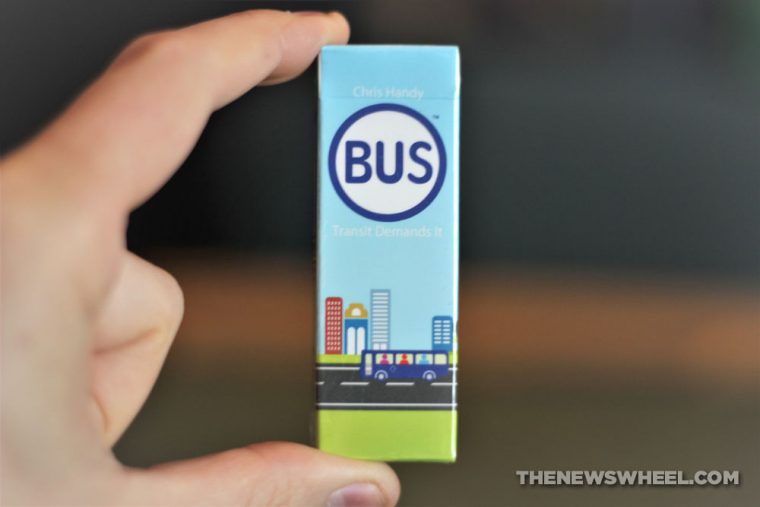 BUS might not look like a lot when you see it, especially if you’re used to buying games with a lot of miniatures and meeples. Don’t let its small size fool you; it can be a cut-throat game. With the ability to claim passenger cards that other players want and to occasionally swap road cards, gameplay can become competitive. Each time I played, even one miscalculated turn could cost a player the game, and victory may be won by a mere single point. It doesn’t take much to win or lose, but that’s because you only invest 10-15 minutes playing, so it’s proportional. 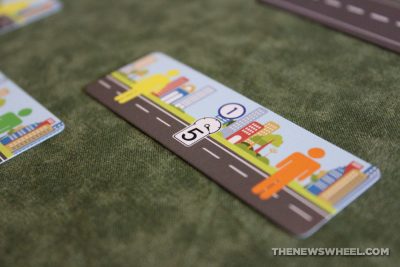 In BUS, Chris Handy distills the essence of a pick-up-and-deliver game to its core, basic form: picking up a passenger and moving your vehicle to their destination. There’s not much more to it than that, and that’s on purpose. Rather than be a complicated game that takes ages to set up and explain, BUS keeps gameplay short and easy to teach to new players, making it a useful item to bring with you if you anticipate having downtime. It still does take up some table space (a nightstand’s size), so it’s not ideal to play in the car, but a waiting room or lunch table would suffice.

Admittedly, BUS isn’t a game I’ll usually take with me to introduce to friends, but it does intrigue me to try other Pack O Game titles. I like the idea of the pocket-sized microgame series, and—while BUS was a bit too basic for me—perhaps other titles in the series might scratch my (or your!) gaming itch.

Pack O Game: BUS is available via Amazon, the publisher’s website, and other online retailers