This Christmas, Make Someone Buy You a Camaro Vs Everybody T-Shirt 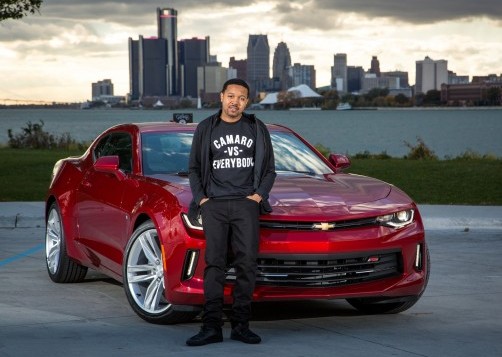 Have you already given friends and family your Christmas list? Yes? In that case, give them a Festivus list and put this bitchin’ Camaro Vs Everybody t-shirt number one with a bullet.

Once you cut off the sleeves, this trendy tee will be a perfect match for your ripped acid-washed jeans, dirty blonde mullet, and camouflaged #88 Dale Earnhardt Jr. cap.

No, I kid, I kid… But this shirt is great for Camaro fans that are looking to fight the dated stereotype that I just made light of. And the garment is also a direct challenge to Mustang fans, Challenger apologists, and people who prefer foreign performance vehicles to American muscle.

You can buy a Camaro Vs Everybody t-shirt for $34.99 here from Detroit Vs Everybody, an online retailer which sounds very similar to the clothing line Ohio Against The World—two sites which confirm that rust belt states are well-aware the fates are conspiring against them.

Detroit Vs Everybody made the shirt as an expression of Motor City pride for the all-new sixth-generation Camaro.

“Detroit vs. Everybody started as a way to express pride in my hometown,” said the company’s 29-year-old founder, Tommey Walker, Jr. “Camaro vs. Everybody serves the same purpose for Camaro fans, who know their favorite sports car is second to none.”

So far, the 2016 Chevy Camaro has been able to back up that claim, having beaten out all competitors for the title of 2016 Motor Trend Car of the Year, and landing on Car and Driver‘s annual 10Best list, where it was rated better than the 2016 Ford Mustang.