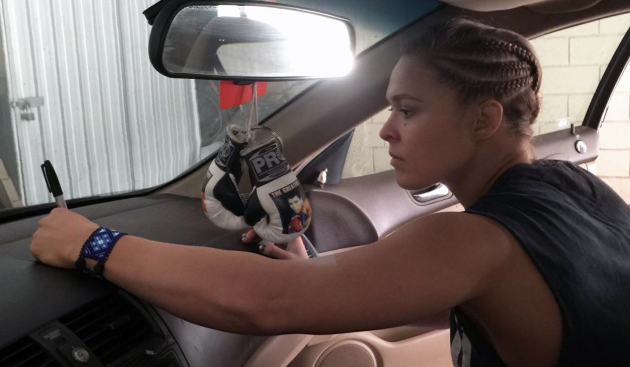 How much would you be willing to pay for a 2005 Honda Accord that has 156,098 miles on it, is in need of a new transmission, and has a Homie figurine permanently glued to the front passenger door? Probably less than five figures, right?

Well, what if we told you that this car happens to be the very same Honda Accord that UFC champion Ronda Rousey used to drive (and, on occasion, sleep in)? Suddenly the car’s current eBay bid of $21,000—more than four times its Kelley Blue Book value—makes a little more sense.

Now that she’s punched and judo hiptossed her way to the top, Ronda can afford a car that’s less than a decade old. So her family is auctioning off the 2005 Accord LX that she used to live out of before hitting it big, and to sweeten the deal, they’re including all of the memorabilia (read: junk) that Ronda left in the car. 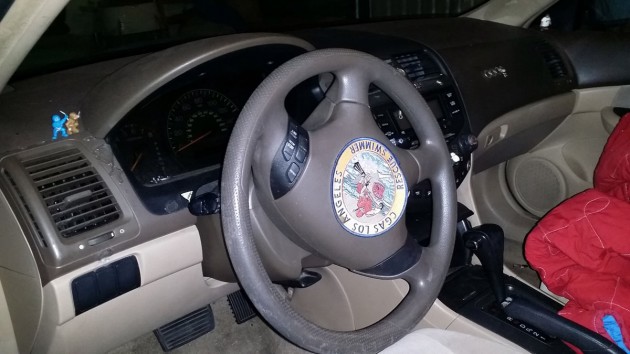 That includes medals, UFC programs from past events, patches, and those little ninjas you get from vending machines; almost all of which she glued to the vehicle’s interior.

“We like to joke about all of the cool things you find in Ronda’s car,” her family writes in the eBay listing. “Every time you open the door, it’s is like an archeological dig!”

Unfortunately, Ronda won’t be present when the buyer picks up the car—she’s already said her personal goodbyes to the vehicle, which she affectionately named “Fonda,” and written a heartfelt message on the dashboard. 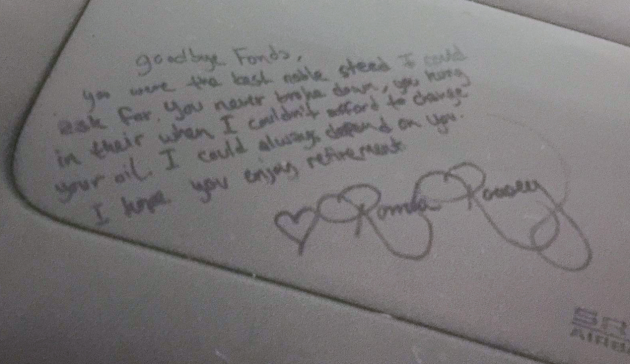 You were the best noble steed I could ask for. You never broke down, you hung in their [sic] when I couldn’t afford to change your oil. I could always depend on you. I hope you enjoy retirement.