Buy the 1967 Chevy Impala from Bewitched 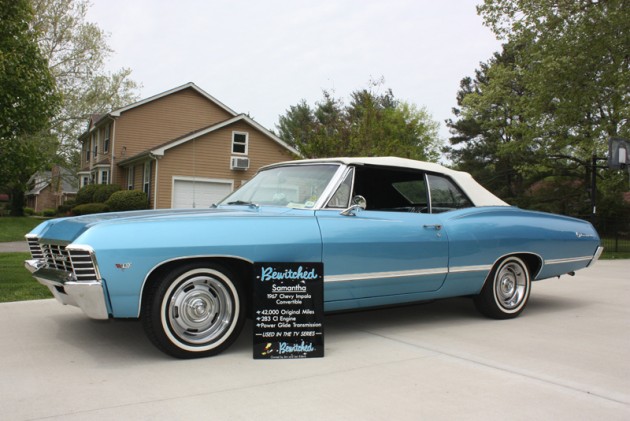 Who wouldn’t want to be more like Darrin from Bewitched? Sure, he had to deal with some obnoxious in-laws, but the guy had a cushy advertising job and a gorgeous wife… who could perform magic!

Plus, he had a pretty sweet ride—which could be yours, for a price.

“Samantha and Darrin actually drove this car in the TV series,” said Jim Edens, who purchased the vehicle with his wife Jan back in 2007. “Every nut and bolt on the car is original.”

The Impala has 42,000 miles on it, and features a 283 C.I. engine with a power glide transmission. It’s being auctioned off alongside some other vintage items, including a 1950 Ford pickup truck, a juke box, and old kid pedal cars.

While this Impala’s origin story may be pretty fun, the actual reason for its sale isn’t quite as cheerful. Jim and Jan say they lost interest in the vehicle after their son was killed in combat three years ago while fighting overseas.

“They got ambushed in Afghanistan,” Jim told WDTN. “After that event happened we kind of lost interest in going to the car shows and stuff. What we decided to do is take a different direction in our lives after losing Jason. It’s life changing when you lose a son.”

So if you’re interested in a classic Chevy, Jim and Jan Edens would certainly be deserving of your business.