Mazda North America Operation’s sales for August 2018, on the surface, seem pretty calm. In total, it sold 25,816 vehicles, a decrease of 0.1 percent versus last August and a difference of just 30 vehicles. The automaker’s Daily Selling Rate matches that figure, dropping 0.1 percent. Underneath that flat surface figure, though, Mazda’s sales saw some interesting moves.

Have a New Driver? Make sure they’re aware of these driving distractions 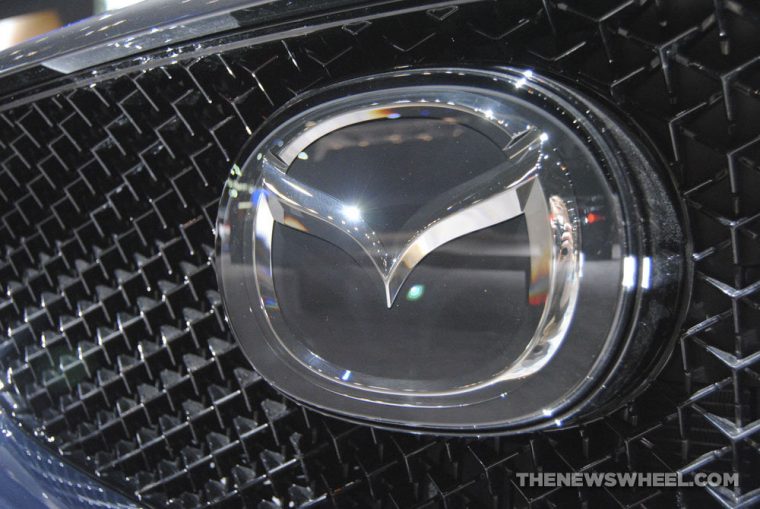 For one thing, year-to-date sales were actually way up, with 213,865 sales, up 9.9 percent against last year at this point. Then, Mazda Motor de Mexico continued its swift, steady rise, selling 5,041 vehicles for a 10 percent rise over last August. Similarly, Mazda’s Certified Pre-Owned vehicle program continued to fly upward, selling 5,201 vehicles, a month-over-month increase of 37.7 percent and a year-to-date increase of 20.2 percent. 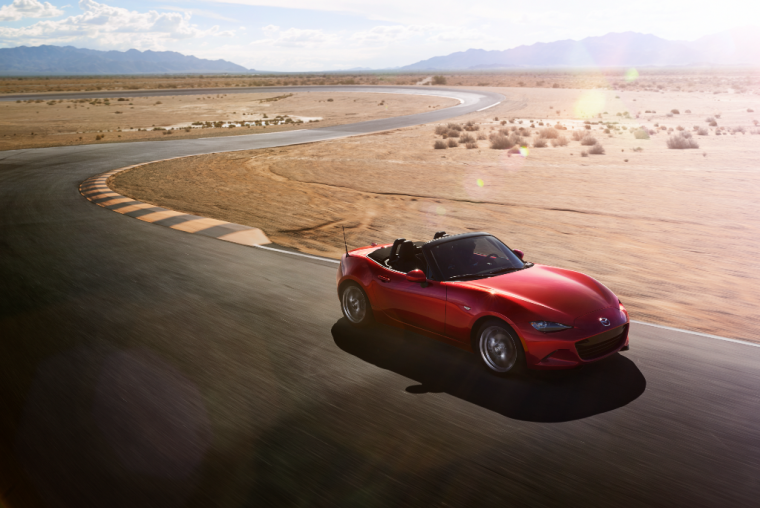 Mazda North America’s passenger cars continued their gradual downward slide, selling 5,597 Mazda3 models, a decrease of 17.1 percent compared to last year’s 6,754. The Mazda6 saw a similar drop numbers-wise, from 3,323 last year to 2,323 this year, although percentage-wise that is almost a drop of a third.

The Mazda MX-5 Miata, remarkably, broke the example of the Mazda3 and Mazda6—its sales actually rose, from 901 last August to 1,169 this August. That’s a 29.7 percent increase.

Take a Deep Breath: Instead of raging on the road, use these tips 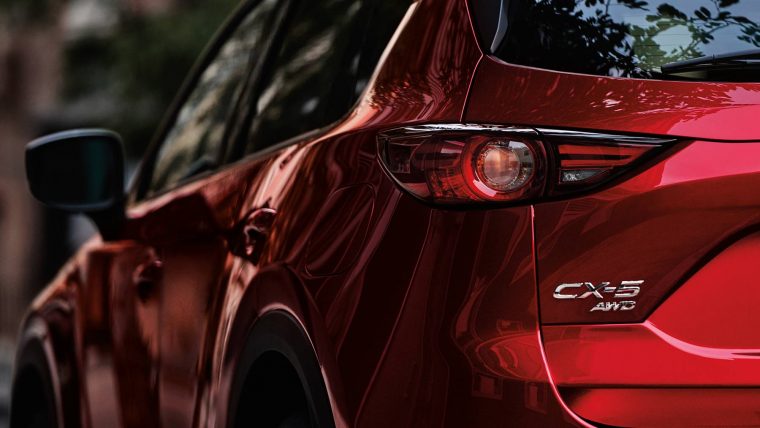 All in all, Mazda’s CX-line of crossovers posted 16,727 sales for August. This is a 12 percent rise over last August, and an increase of 29 percent, year-to-date.

For a more detailed breakdown of the numbers, please refer to the below table, courtesy of Mazda North American Operations. 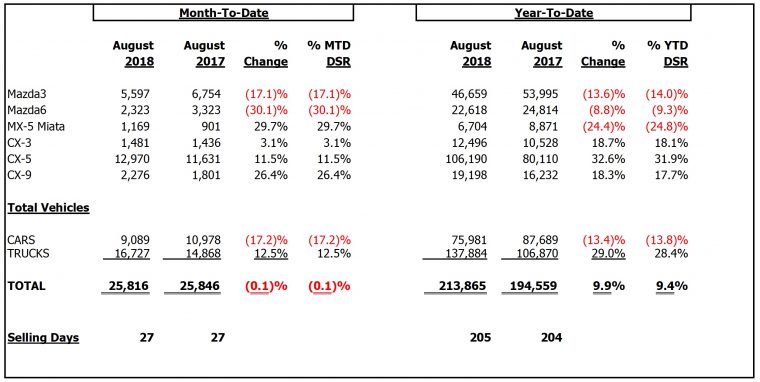