This past weekend, the all-new Camaro Z/28.R racecar made its debut at the 52nd running of the Rolex 24 at Daytona. While the Z/28.R certainly looks every bit like a track-tested performer, what makes the new Camaro racer particularly unique is just how much it shares in common with the production version of the 2014 Camaro Z/28. 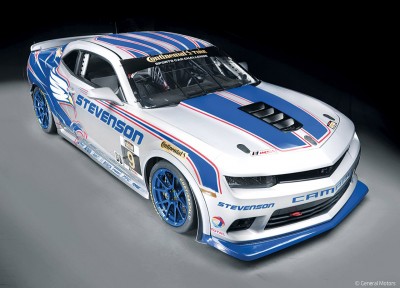 In fact, the Camaro Z/28.R and the production Z/28 share aero, engine, and axle components. The Z/28.R is powered by a sport-tuned version of the same LS7 7.0-liter V8 that will be found beneath the hood of the 2014 Camaro Z/28 when it bows this spring. Both vehicles also share a helical-gear limited-slip rear differential to generate more power coming out of the corner. 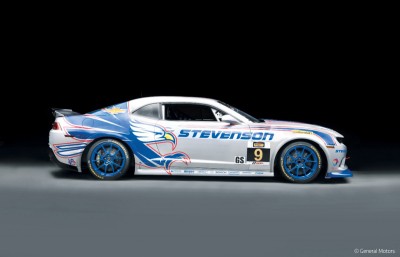 The Camaro Z/28.R racecar made its debut at the 52nd running of the Rolex 24 at Dayton

The Camaro Z/28.R and the 2014 Z/28 also share aero package elements, which include front splitter; rear spoiler with wickerbill; hood extractor vent; rockers, wheel-house extensions, and front tire deflectors; and belly pan. These elements will create a tremendous amount of downforce; provided that an aero-packaged Z/28 ran Nurburgring in 7:37:47, this bodes particularly well for the future of the Camaro Z/28.R.

“The original Camaro Z/28 was designed for racing and became an iconic performance car through its hard-fought victories,” said Mark Kent, director of racing for Chevrolet, in a press release. “A new chapter in racing begins this week, as the new Camaro Z/28 makes its competition debut in one of the most hotly contested series in motorsports.” 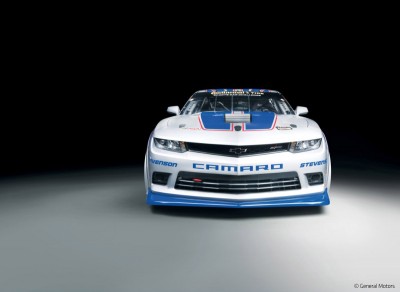 The Camaro Z/28.R will be in action in March at Sebring International Raceway

Stevenson Motorsports and CKS Autosport began their 2014 IMSA Continental Tire SportsCar Challenge campaign by placing the No. 6 car 24th and the No. 9 car 25th after a pair of significant mechanical issues plagued the Camaros (a “catastrophic” drive mechanism failure and a fuel leak, respectively) from the start of a controversial and ugly race (25 caution flags over 117 laps).

The Camaro Z/28.R will be in action again March 12-15 at Sebring International Raceway for the Mobil 1 Twelve Hours of Sebring.