Never heard of the Toyota Avensis? If you’re the typical North American driver, the answer is probably not. The Avensis has been sold in the UK since 1997, and was released a few years later in Europe in 2003 as its second generation debuted. Available as a sedan or a wagon, the Avensis is the ultimate family car for many British and European drivers. 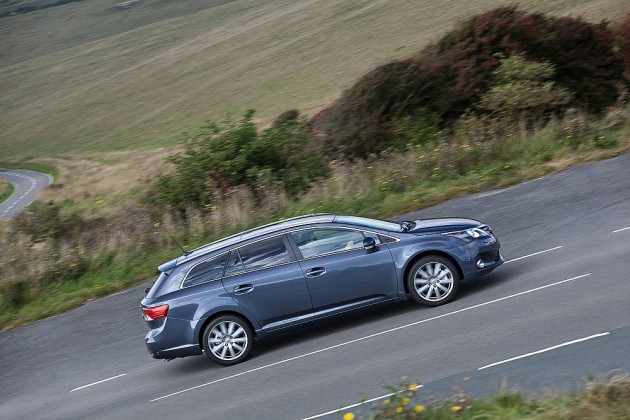 The third-generation Avensis was released in 2009, and since then it has received a couple of facelifts—one in 2012, and an upcoming one in 2015. Last October, sources in Britain spied the redesigned sedan covered in camouflage, but until now no information has been leaked about the car’s other body style. More recently, the redesigned Toyota Avensis wagon made an appearance, decked out in black-and-white patterns, and giving enthusiasts hope that Toyota is preparing for the car’s reveal at the Geneva Motor Show in May 2015.

While not much is known about the facelifted car’s appearance, CarScoops muses that the Avensis will feature new tail lamp clusters, a redesigned rear bumper, alloy wheels, and new color choices. The car could replace its current engine offerings—124-hp 2.0-liter and 148-hp 2.2-liter turbo diesels—with BMW Group units, as has previously been done on the Verso (a Japanese minivan version of the Avensis), but nothing is set in stone yet. 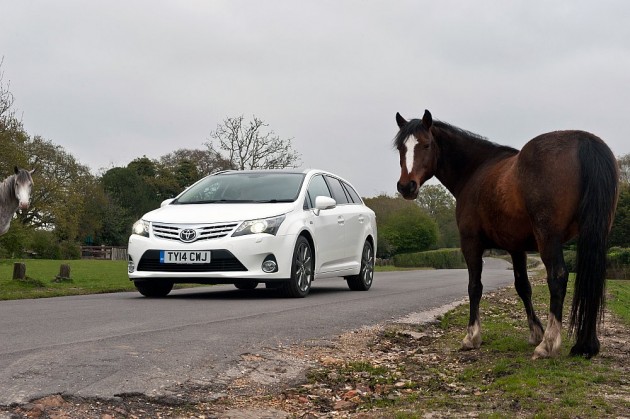 It hangs out with ponies and stuff.

CarScoops also predicts that the Avensis could carry the same X design on its front end as the newly redesigned Aygo, the Mirai fuel cell vehicle, and the facelifted Yaris.

The Avensis isn’t likely to make its way across the pond anytime soon, but some of these changes could certainly appear on American Toyota models in upcoming years.