Canadian Motorcyclist Incriminates Self with Own GoPro Camera 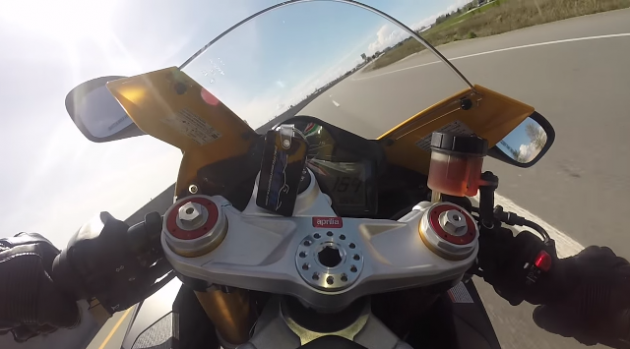 Speeding is never a good idea. Really, it isn’t. But this is especially so if you’re going 80 miles per hour over the speed limit—and if you’re recording it with your GoPro video camera.

It looks like one Canadian motorcyclist made the mistake of doing just that earlier this week, recording his high-speed adventure on his GoPro. As you might assume, this mistake not only led to his arrest—but it also earned him a mighty hefty fine.

Police in Delta, British Columbia, arrested the motorcyclist for speeding after catching the 27-year-old traveling at 213 km/h (the equivalent of 132 mph) in an 80 km/h (50 mph) speed zone. While they had already tracked him with a laser speed detector, when the police finally pulled the motorcyclist over, they realized that he had concrete proof of his crime—a video recorded by the rider’s GoPro camera.

After downloading the footage, the police witness the rider putting both himself and other road users at risk, weaving in and out of traffic at these insanely high speeds.

With fool-proof evidence against this speed demon, the police were able to hand out a steep fine of more than 1,000 Canadian dollars. The police department posted the video on YouTube with the motorcyclist’s permission.