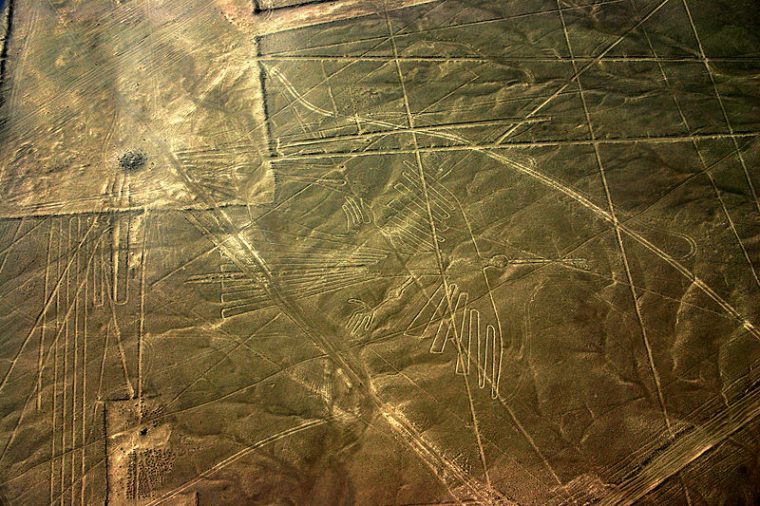 This truck driver crossed the line, and damaged it in the process
Photo:Paul Williams

One of the world’s greatest unsolved mysteries surrounds the origins of the Nazca Lines in Peru. Estimated to have been created approximately 2,000 years ago, the Nazca lines are geoglyph markings depicting various creatures and figures, such as a condor, a hummingbird, and a monkey, that can only be observed from an aerial view.

Another of the world’s greatest unsolved mysteries surrounds how boundless human stupidity can truly be. These two great mysteries unfortunately met after a truck driver plowed over a portion of the Nazca Lines last weekend.

Jainer Jesús Flores Vigo, the truck driver in question, reportedly claims that he was unfamiliar with the surrounding area. After his truck allegedly encountered issues, he drove off of the Pan-American Highway to deal with said issues, in turn damaging the Nazca Lines.

Nevertheless, local newspapers suggest that the driver’s intentions might have been a little less innocent. Reporters speculated that he actually drove off of the highway to avoid the upcoming toll.

Regardless of why he did it, Jainer Jesús Flores Vigo left “deep scars” across a 50 meter by 100 meter area of the UNESCO World Heritage site. After doing so, he was quickly detained by local authorities.

A local magistrate issued the driver’s release, stating that there wasn’t sufficient enough evidence to indicate he had acted with intent. Still, Nazca’s prosecutors office is in the process of appealing the judge’s decision, seeking nine months of preventive detention and a $1,550 fine while the investigation is underway.

Unfortunately, this is not the first time that these astonishing works of art have been disturbed. Back in 2014, Greenpeace activists left footprints on the site during a demonstration.

While the damage was thankfully limited to a small area of the site, it just goes to show that breathtaking ancient works of art that took lifetimes to create can be easily defaced in just a few seconds due to a careless individual.