According to a study from CarMax, about one in six (17 percent) of Americans expecting a tax return from the IRS this year will put that money toward buying a car, while one in four (26 percent) aim to put the money into savings. Yet another one in four (25 percent) will pay off debt. And a pessimistic three in 10 (29 percent) don’t expect any cash from Uncle Sam. I myself spent the majority of my refund on a new 39” LED TV and an entertainment center for it so that I will be able to binge watch the second season of Orange is the New Black in high-def, although a Dodge Dart is always on my radar. 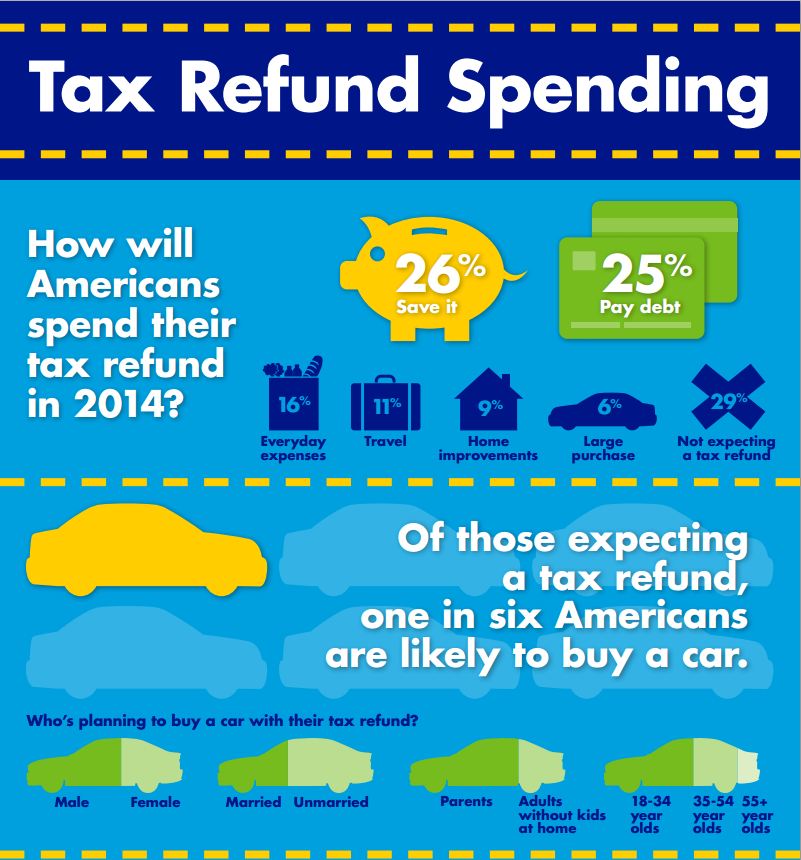 “Historically, tax refund season has been a very busy time for CarMax,” explained Cliff Wood, the executive vice president of stores at CarMax. “Buying a car any time of the year is a big decision, and we work to make the process fun and hassle-free so customers can focus on what matters most: finding the perfect car for them.”

The survey from CarMax contained some pretty interesting results, car-related and not. Here are a few of the interesting stats that the used car retailer pulled: 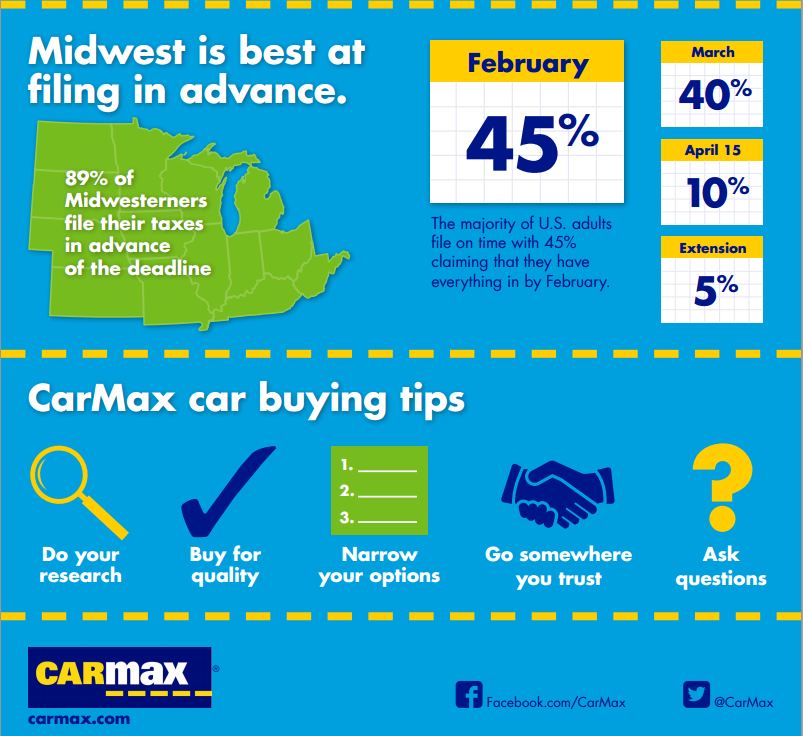 Did you decide to put your tax return toward a car purchase? What set of wheels did you go with?