The automotive industry has shaped American culture as we know it. But there are a few vehicles that stand out in American history. From Elvis’ iconic Pink Cadillac to the bus where Rosa Parks sparked the Civil Rights Movement, we have decided to take a closer look (in no particular order).

Make It a Road Trip: Three Reasons to Drive Instead of Fly 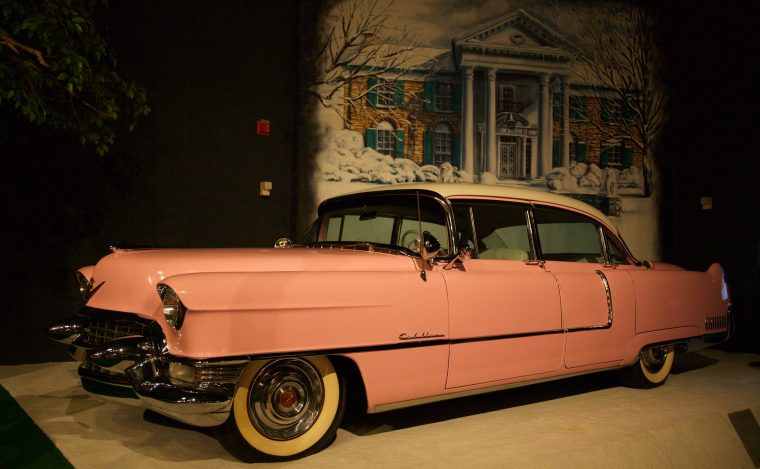 It’s true, Elvis Presley had a pink Cadillac. Presley first mentioned a pink Cadillac in his hit song, “Baby, Let’s Play House.” The lyrics go, “Well, you may go to college. You may go to school. You may have a pink Cadillac, but don’t you be nobody’s fool.” Elvis had several pink Cadillacs over the years, but his 1955 Cadillac Fleetwood Series 60 is the most well-known. But the 1955 Fleetwood wasn’t pink when Elvis bought it. He purchased the Cadillac in blue with a black roof and had the car repainted. The body of the car is a baby pink color, nicknamed Elvis Rose, and the roof is white. He gifted the car to his mother; however, his mother didn’t have a driver’s license, so Elvis remained the primary driver. The Pink Cadillac is now on display at the Graceland automobile museum in Memphis, Tennessee. 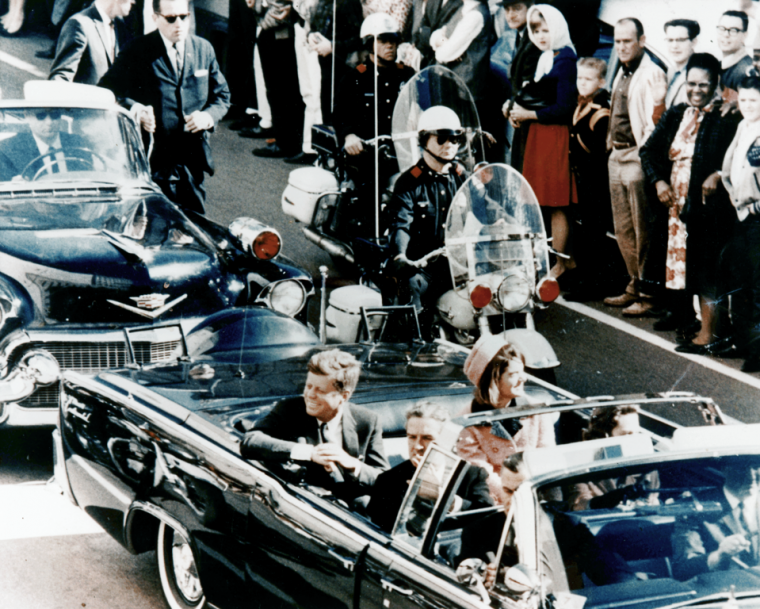 The assassination of former President John F. Kennedy changed the nation forever. On November 22, 1963, President Kennedy was riding in the back of his 1961 Lincoln Continental Convertible in Dallas, Texas. He was shot from behind and was pronounced dead at Parkland Hospital. The 1961 Continental, referred to by Secret Service as the X-100, was immediately withheld as evidence. The limo was then modified, adding a permanent bulletproof top to the vehicle, and returned to Washington. The Continental resumed use until 1977; it is now on display at the Henry Ford Museum in Michigan. 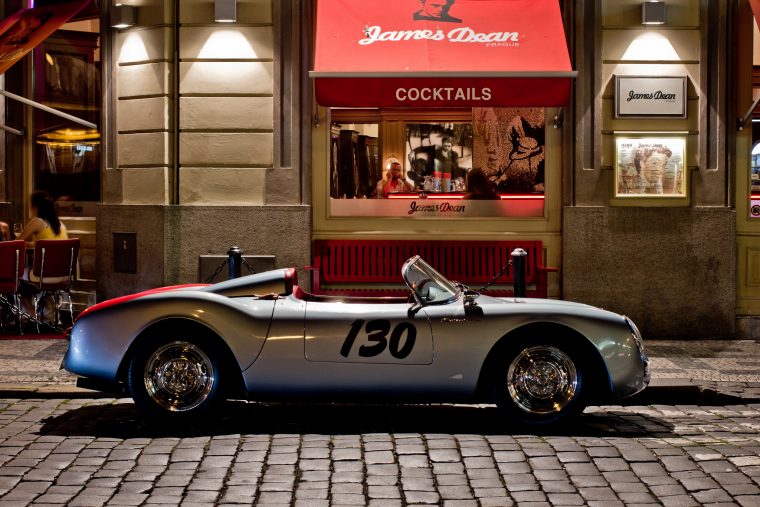 There is widespread debate about James Dean’s famous 1955 Porsche 550 Spyder. While driving the Spyder, nicknamed “Little Bastard,” James Dean was involved in a crash that took his life. But here comes the creepy part: Actor Alec Guiness, known for his role as Obi-Wan Kenobi in Star Wars, predicted James Dean’s death before it happened. On September 23, 1955, Alec Guinness met James Dean. Guinness noticed the Spyder parked on the street and asked Dean about it, learning that the car belonged to Dean. “Please do not get into that car,” Guinness said. Guinness advised Dean that if he did, he would be dead within a week. James Dean crashed the Spyder on September 30, 1955.

But here’s the thing: James Dean’s is not the only life “Little Bastard” has taken. With good reason, rumors began to spread that the vehicle was cursed or haunted, harming or killing seemingly anyone who came in contact with it. After James Dean’s accident, George Barris purchased the wreckage for repair. While the vehicle was undergoing repairs, it slipped out of the back of a truck, crushing the mechanic’s legs. Barris sold two of the original pieces, the engine and the drivetrain, to Troy McHenry and William Eschrid to incorporate into their own cars. In an attempt to race their newly modified vehicles, McHenry hit a tree and was killed instantly. Eschrid’s car malfunctioned and locked up, forcing him into an accident with serious injuries. After a request, Barris agreed to loan the wreckage to the California Highway Patrol as part of a highway safety exhibit. However, while in use for the exhibit, the vehicle once again mysteriously fell from its post, breaking a student’s hip. But it didn’t stop there. While being transported back to Barris, the driver of the truck carrying “Little Bastard” lost control and was thrown from the truck. “Little Bastard” somehow fell out of the truck and crushed the driver.

But here’s where it gets even weirder: “Little Bastard” disappeared from the scene of the accident. To this day, the vehicle is nowhere to be found. 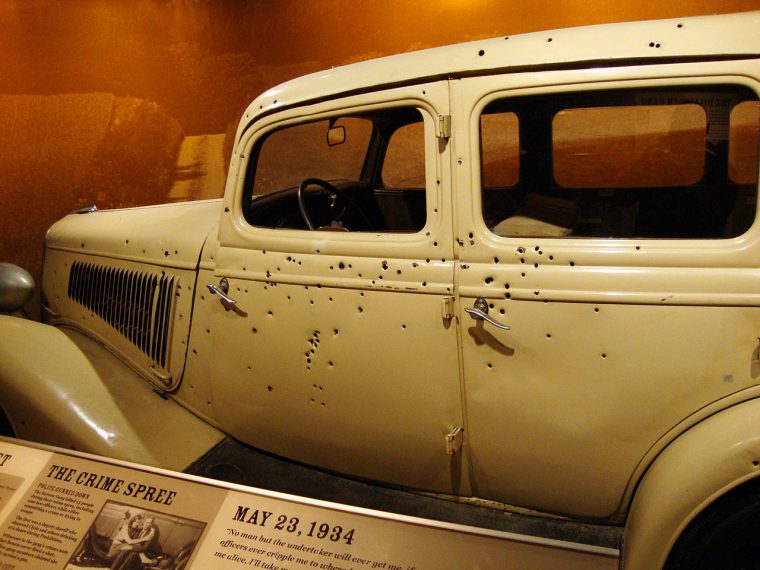 Bonnie Parker and Clyde Barrow are famously known for their robberies and murders throughout the United States. Both with previous criminal history, the couple began their most famous crime spree. Criss-crossing the country in a stolen 1934 Ford Model 730 Deluxe Sedan, the couple, along with several other accomplices, completed a series of robberies. In July 1933, police caught up with the gang, fatally injuring one member and capturing the other. Bonnie and Clyde continued their rampage, murdering police officers and civilians along the way. Eventually, police caught up with the duo. Early morning on May 23, 1934, police officers identified Bonnie and Clyde in the stolen Ford; officers immediately opened fire, killing the couple while behind the wheel. Today, the 1934 Ford is on display at Whiskey Pete’s Hotel and Casino in Nevada. The vehicle is riddled with bullet holes and, rumor has it, there are still traces of blood inside the vehicle. 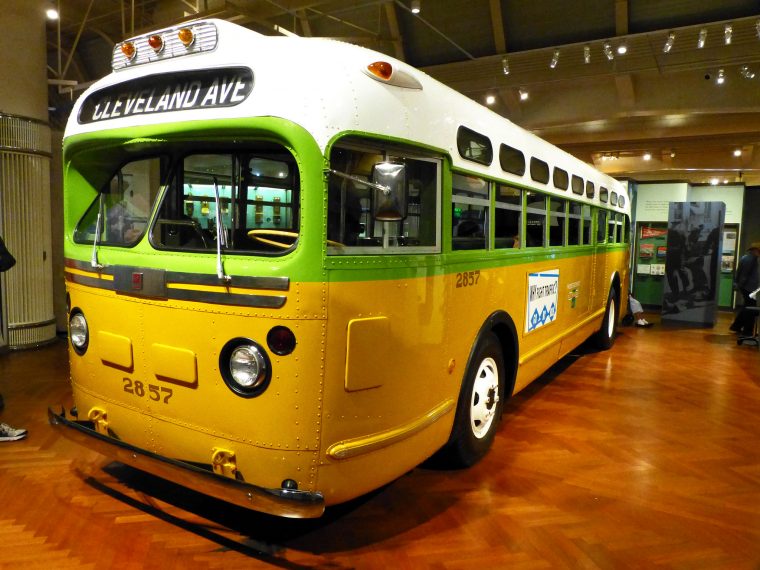 While this bus did not belong to Rosa Parks, she made history on this set of wheels. It was December 1, 1955 in Montgomery, Alabama, shortly after the Civil Rights Movement began. At the time, many areas were segregated based on race. Parks, an African-American woman, was aboard this 1948 General Motors THD-3610 City Transit Bus. On Bus #2857, Parks was seated in the “colored section.” A white man boarded the bus and Parks was asked to give up her seat. She refused. Parks was removed from the bus and arrested. However, her strong stance against discrimination had a ripple effect throughout the nation.. Her actions led to a city-wide bus boycott and many consider this event to be a catalyst for the Civil Rights Movement. The bus is now on display at the Henry Ford Museum in Michigan.