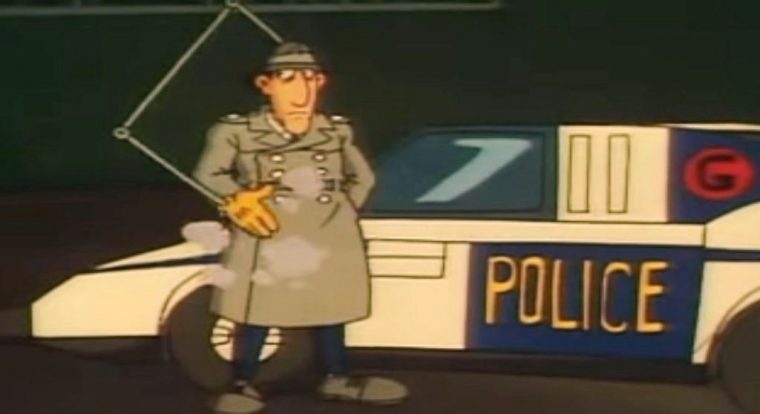 Who doesn’t wish they drove the Gadgetmobile?
Photo: DIC Entertainment

Inspector Gadget was a wacky television show with fun characters, quotable lines, and–of course–cool gadgets. It’s not the best-written cartoon of its time, but it had the right amount of charm and humor to be a hit. Debuting in 1983 and running for 86 episodes, Inspector Gadget remains a beloved cartoon–and its Gadgetmobile is just as memorable.

Possessing the same “multi-tool” capability as its driver, the Gadgetmobile even dazzled those of us who were too young to drive. It was a constant companion to Gadget, both in his family life and “solving” crimes with the police. Its transformation was one of the highlights of the opening song every episode,

Go Go Gadget Tires! How to transform old car tires into something new

Identifying the Gadgetmobile: The Real Make and Model

There’s a lot of debate surrounding what the animated Gadgetmobile car was based on in its blue-and-white police car form. The most prominent claim is that it’s based on a Toyota Celica Supra P-Type from 1983 (the year the show debuted), based on the show’s wiki page.

Others point out resemblances between the Gadgetmobile and a Matra Murena–or that it’s a hybrid of the two. Still others claim it’s a 1981 Delorean…or a Polski Fiat 1100 Coupe…or a Lancia Beta Montecarlo Spyder….or a Lotus Esprit. Needless to say, sports cars from the 1980s all looked the same. It’s easy to see details of inspiration from all of these models, from the body lines to the shaded hatch.

Do you think the Gadgetmobile looks like a Toyota Supra?
Photo: DIC Entertainment

In its red family van form, the Gadgetmobile resembled a Toyota Van from the mid 1980s, but that’s just postulation. Likewise, it’s a fairly nondescript, boxy shape that resembled a lot of vans at the time.

As for the live action movies, it’s a lot easier to identify due to physical records. The purple Gadgetmobile (which did not transform and was voiced by D. L. Hughley) is a customized 1964 Lincoln Continental convertible. Despite the animatronic work put into making it actually operate and move, the original Gadgetmobile was far cooler.

The best episode to see the Gadgetmobile in action is in “Race to the Finish” as it takes the form of a racecar to outrun M.A.D. agents on the track.

Solve Mysteries with a Penny: How you can use a coin to learn about your car’s tires