Cartoon Car Spotlight: Remember the Time that Shaggy from “Scooby-Doo” Was Turned Into a Werewolf to Race Cars? 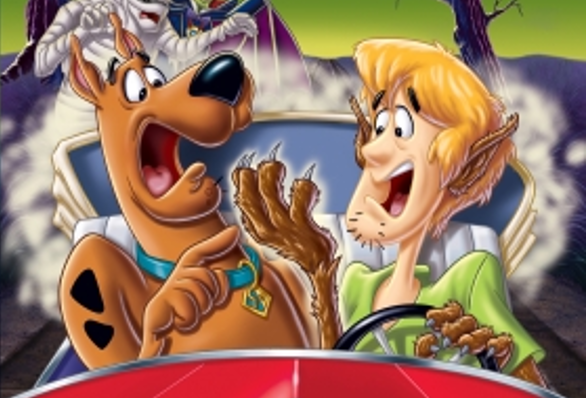 They don’t call him “Shaggy” for nothing!
Photo: Warner Bros. Pictures

Traditionally, Scooby-Doo is a pretty formulaic show. The Mystery Inc. gang stumbles upon a mystery, investigates, and eventually unmasks the monster, who turns out to be a disgruntled local.

Still, every once in a while, the Scooby-Doo franchise tries something different. In The 13 Ghosts of Scooby-Doo, Scooby and the gang, sans Velma and Fred, are forced to retrieve 13 deadly spirits with the help of a Vincent Price-like character who is, surprisingly, actually voiced by Vincent Price. Meanwhile, the recent Scooby-Doo! Mystery Incorporated series was filled with allusions and references to the cult classic Twin Peaks.

Despite these more bizarre outings for the canine detective, his most odd adventure might just have to be Scooby-Doo and the Reluctant Werewolf. What makes this movie so surreal is that it involves Scooby’s best pal Shaggy being transformed into a werewolf to participate in a race populated by real-life monsters.

Scooby-Doo and the Reluctant Werewolf is part of a trilogy I like to call the “Red-Shirt Shaggy Trilogy,” mainly because Shaggy trades in his green shirt for a red one in these three films. The first of these films, Scooby-Doo Meets the Boo Brothers, starts off normally enough, with Shaggy and Scooby traveling to the mansion estate that the former’s uncle has left to him after passing. The duo, along with Scooby’s nephew Scrappy-Doo, have to investigate mysterious happenings occurring around the estate.

Things only start to get really weird during the second movie, Scooby-Doo and the Ghoul School. In this film, Scooby and Shaggy are recruited to be teachers at a school where the students are the daughters of famous monsters, like the Mummy and Dracula, a fact that the vampire seems to forget in the immediate sequel.

Still, the weirdest film of the bunch is definitely its final entry. Whereas Shaggy had previously been a detective or a teacher, now he is a famous racecar driver.

That isn’t the only odd addition to Shaggy’s characters. The film also introduces audiences to Googie, his “adoring but liberated girlfriend.” This is her first and last appearance in the Scooby-Doo canon. 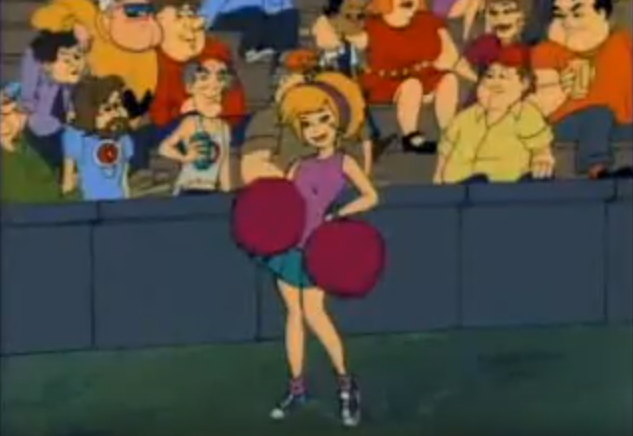 The plot kicks off with the annual “Monster Road Rally” set to begin. Each year, Dracula hosts an exciting race between various monsters, with the winner being crowned “Monster of the Year.”

However, it is revealed that the Wolfman has recently retired to Florida, and without a werewolf participating, Dracula will have to cancel the race. A shorter werewolf, who cannot enter the race for reasons that are never explained, reveals that Shaggy, who happens to be an amazing driver, will turn into a werewolf when the full moon is in its perfect position. 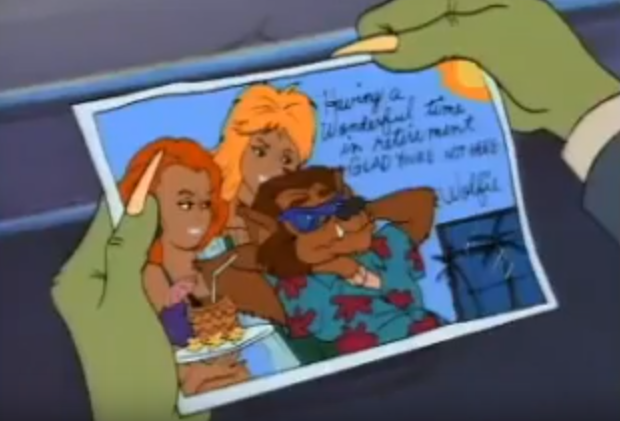 The Wolfman had the right idea and got out of the movie as soon as possible
Photo: Warner Bros. Pictures

Dracula sends the “Hunch Bunch,” comprised of the well-articulated Brunch and the incomprehensible Crunch, to turn Shaggy, or as Dracula calls him “Sha-gee,” into a werewolf. There are successful, albeit with Shaggy returning to his human state whenever he hiccups.

Shaggy, Scooby, Scrappy, and Googie are then all brought to Transylvania, where the race is set to be held. Shaggy agrees to race, on the condition that he be transformed back if he wins.

Also, they all dance to what is sure to be a Halloween staple for year’s to come, “Doing the Werewolf Rock.”

What follows is basically an episode of Wacky Races where the Creepy Coupe is the only car to show up. Monsters like a pair of witches, Frankenstein’s Monster and his wife, and “Bone Jangles” the skeleton all compete in vehicles with ridiculous gadgets and gimmicks, while Dracula attempts to prevent Shaggy from winning, in order to keep him as a werewolf forever.

To give the film credit, it is not devoid of laughs. Perhaps the most entertaining part is the unenthusiastic townspeople that are forced to watch the race by Dracula. 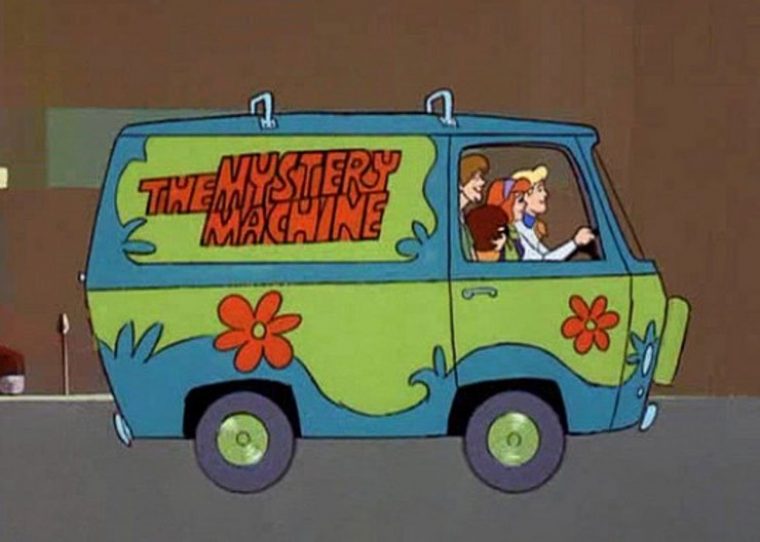 The real mystery is where the Machine went

But for a Scooby-Doo movie about cars, one particular vehicle fails to make an appearance: the Mystery Machine. Instead, Shaggy races behind the wheel of the so-called “Werewolf Wagon,” with Scooby riding shotgun, while Googie and Scrappy, who is surprisingly confident for once, follow in Shaggy’s old racer.

Despite Dracula’s best efforts, including a giant Mongolian gorilla named Genghis Kong, Shaggy is “shockingly” able to win the race, and is reverted back to normal. Everything else bizarre that happened in this film is seemingly reverted back to normal as well, as we never hear from the “Monster Road Rally” or Shaggy’s main squeeze Googie ever again. Well gang, it looks like we got a mystery on our hands!

It’s Like “Scooby-Doo,” But With a Car: Should ‘Speed Buggy’ Be Considered an Animated Classic?