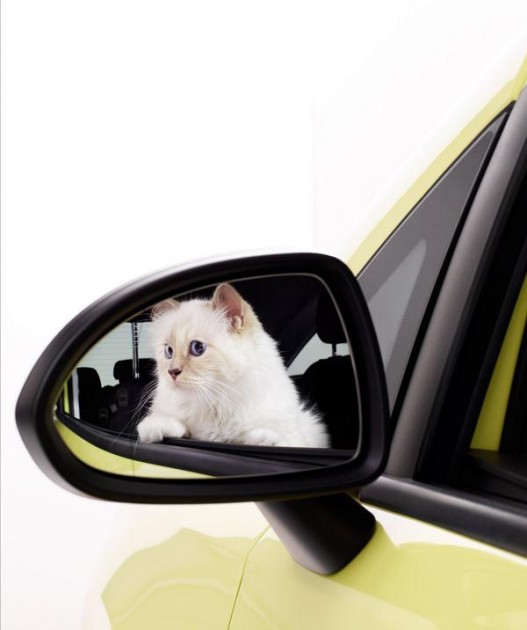 Swimsuit-clad, busty, blonde models are overrated. Before you think we’ve lost our minds, think about it. The obvious hormonal exploitation of male mating instincts in order to (in a hardly subliminal way) compel people to spend money is both insulting to men and degrading to women. It’s cheap marketing with low standards and an obvious devotion to the mantra “sex sells.”

But why does advertising, or even promoting a product, so often have to be about bottom-line numbers?

Now that that tirade is out in the open, we can justify how exciting (in an entirely different way) it is to see a different type of model in advertising. For instance, Choupette Lagerfeld’s appearance in General Motors’ brand Opel’s 2015 calendar.

While this approach, admittedly, may be exploiting our uncontrollable adoration of cute furry animals, we don’t feel as bad ogling cats in cars. 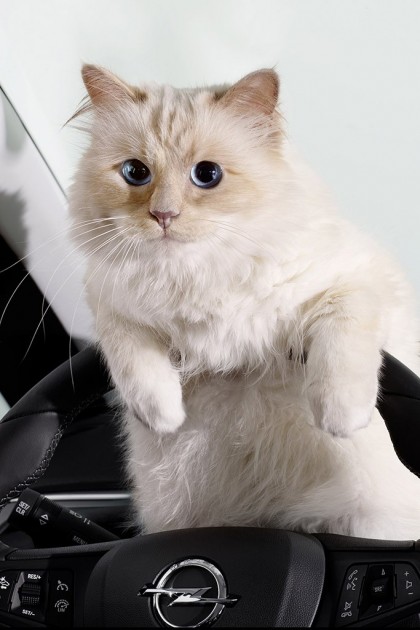 In case you’re not one of the 25,000 enthusiastic Facebook fans of Madamouselle Choupette, you might not realize that she is a cat. While her reputation may precede her in the fashion industry thanks to her father (or “owner” according to some) photographer Karl Lagerfeld, she isn’t as easily recognizable to us automotive enthusiasts.

The famous feline has already starred in multiple photo shoots, including her own book, and launched her own makeup line (for humans) as part of the Art of Beauty Holiday 2014 Collection. Now Choupette now sets foot, or rather paw, on an Opel Corsa. 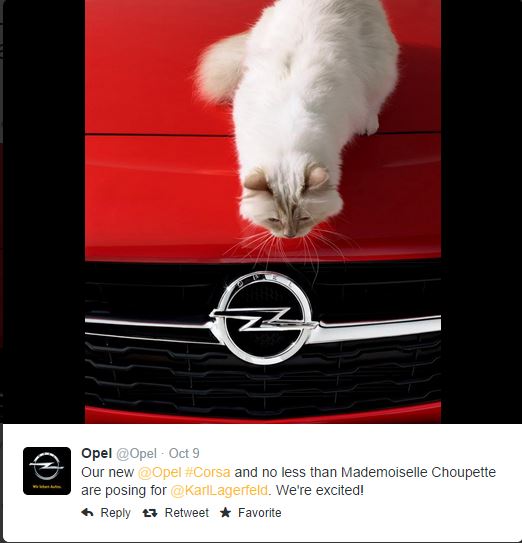 Apparently, Opel thought the “girl-on-car” approach was overdone as much as we did, and decided to engage skilled photographer Karl Lagerfeld to photograph cats in cars as part of the 2015 Opel calendar. Of course, Karl didn’t need any other felines apart from his glamorous Choupette, who will be starring in the upcoming calendar next to other less-impressive models like  Linda Evangelista and Naomi Campbell.

Seeing Chaupette prance around on the hood and steering wheel of the Opel Corsa is a classy way to promote the new model and an approach that many American automakers should take a hint with. We’ve had our fill of bizarre commercials and shallow personalities in 2014 advertising, so it’s refreshing to see something as simple as cats in cars. Perhaps we’ll see the same for some of General Motors’ American brands soon? 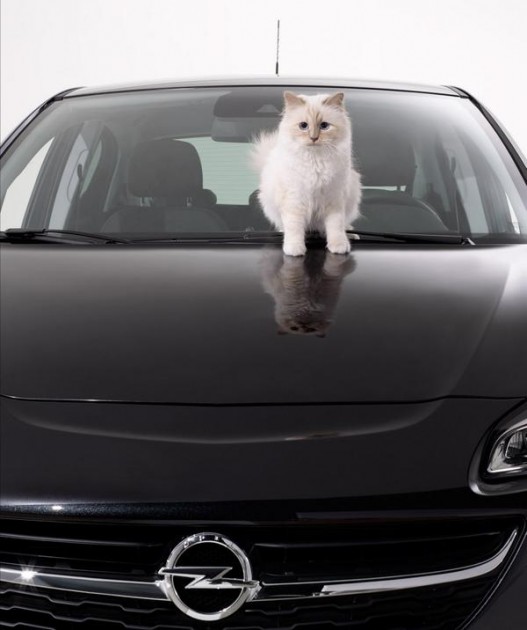 You can follow Opel on Twitter to follow announcements on how you can get your own copy of the 2015 Opel calendar. If you’re like us at The News Wheel and have fallen head over heels for Choupette, chances are you’ll be ordering your own copy.