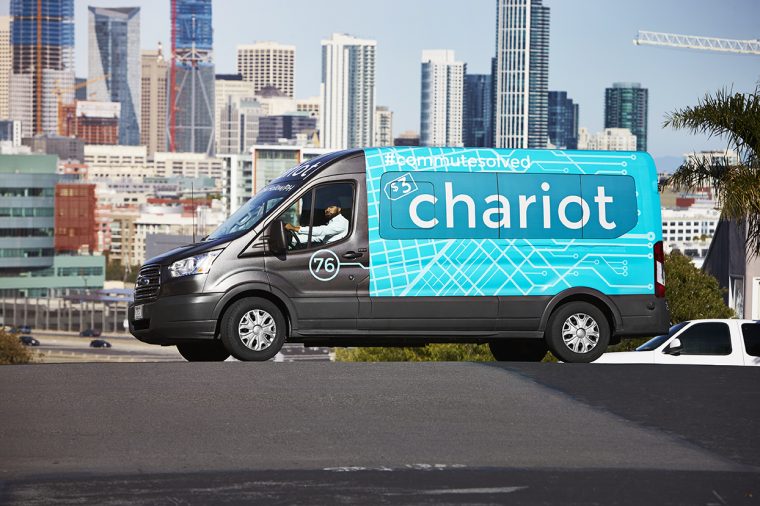 Chariot and UC San Francisco are offering two new routes for university employees as part of the Metropolitan Transpiration Commission’s Bay Bridge Forward Project. The routes will provide transportation between UCSF’s East Bay and Mission Bay campuses from 6-10 a.m. and 3-7 p.m. and will initially be serviced by a fleet of eight Ford Transits.

“Chariot is working with transit agencies, companies, and organizations to create solutions that help ease traffic congestion, especially during peak commute times,” said Chariot CEO Dan Grossman. “By offering a new, efficient way for East Bay-based UCSF employees to get to Mission Bay, we’re also helping ease the commute for the thousands of people who travel to and from work daily across the Bay Bridge.”

More from Ford: 2018 Ford Explorer expands on the legacy of one of America’s most beloved SUVs

MTC’s Bay Bridge Forward Project looks to reduce the number of single-occupancy vehicles traveling over the Bay Bridge. With eight vehicles capable of carrying up to 14 commuters, Chariot and UCSF would make a considerable impact on that mission during the workweek. According to a KPMG study, each Chariot in service takes around 10 cars off the road.

“UCSF is the second largest employer in San Francisco, with campuses throughout the city,” said Erick Villalobos, director of Transportation Services at UCSF. “We want to help our employees get to work each day, while also easing traffic heading into the city. Offering our employees access to transit options like Chariot is one way to accomplish both goals.”

Chariot launched in San Francisco in 2014 and has since expanded to major markets such as San Francisco, New York, Austin, Seattle, Columbus, and London.