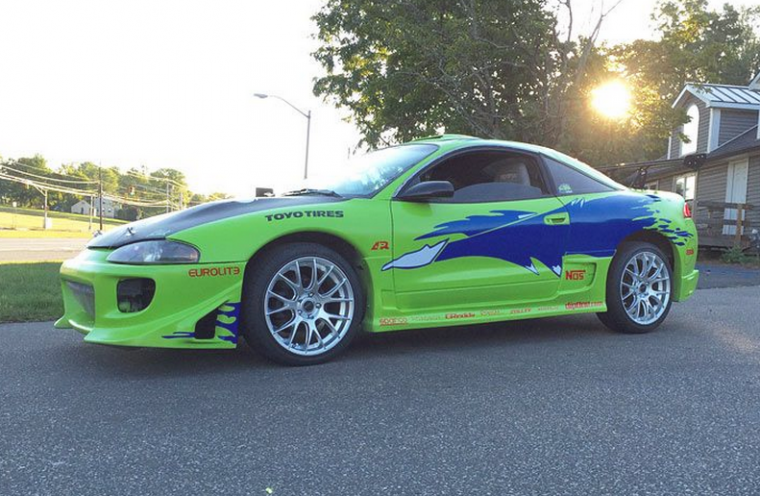 There are a number of famous cars to come out of Hollywood, but whether it’s the Herbie Volkswagen Beetle or KITT from Knight Rider, there are few that quite compare to Paul Walker’s (or should we say Brian O’Conner’s?) Mitsubishi Eclipse featured in the 2001 The Fast and Furious film.

Because of its popularity, this Eclipse is often replicated, but upon news of Paul Walker’s untimely death in 2013, one fan of the popular actor decided to take this replication to a whole new level. In a short video, you can see this fan turn his own Eclipse into one worthy of the late actor’s character. While the result isn’t the exactly an inch-by-inch perfect replica of the car, it has an undeniable likeness that will definitely make you look twice.

WATCH: The Special Eclipse Is Built

The Mitsubishi has the movie car’s characteristic green and blue paint job with similar bumpers, hood graphics, and roof scoop. You might also recognize the decals seen on Paul Walker’s Eclipse, including NOS, GReddy, Sparco, and Toyo. The replication continues into the car’s cabin with a pair of nitrous oxide tanks sitting behind the Sparco seats.

One of the big differences, though, is the owner’s choice to go for a turbocharged 4G63 engine, rather than the Eclipse’s standard 420A engine like the one in the film likely relies on.

Despite its differences, we have to say—this is a terrific tribute to the late Paul Walker. This one–not so much.