Check Out the Car That Is Basically a Rolling iPad

As Nissan gears up for the upcoming 44th Tokyo Motor Show, it knows that it can’t let itself be outdone on its own home turf. So, as part of its exhibit for the Motor Show, Nissan revealed its newest concept, built for the digital age: the Teatro for Dayz. 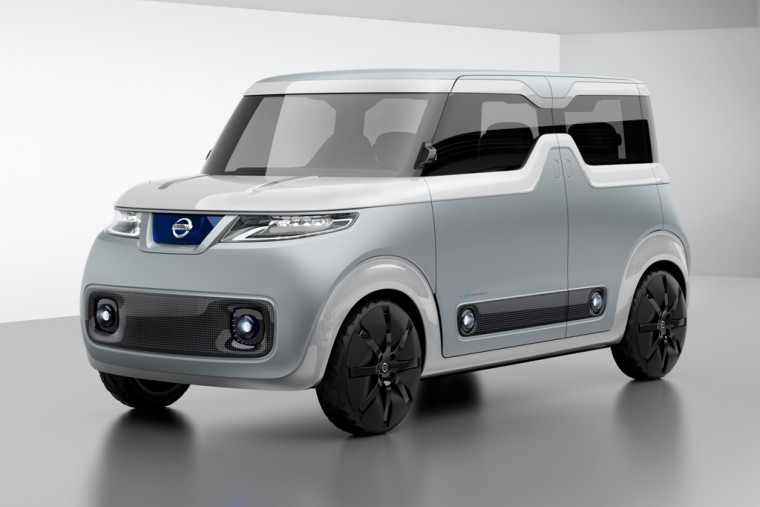 This is Nissan’s attempt to design a car for today’s “digital native” generation. Nissan’s Product Planning General Manager Hidemi Sasaki said this about the digital natives, which he actually calls “share” natives: “The generation now getting their first driver’s licenses has always been connected through digital devices, email, social media and so forth. What moves these digital natives is capturing experiences in photos and videos and sharing them. Friends respond with `likes’ and share the experience further. What’s important is not whether something is experienced personally or virtually. What matters is the process of sharing.”

So, to appeal to the share/digital natives, Nissan designed a car that is a combination of mobile tech unlike any previous car. Nissan describes it as a “clean canvas,” and while driving, the Teatro will resemble a clean canvas—the car displays only meters, controls, and maps on its otherwise pure white dashboard. 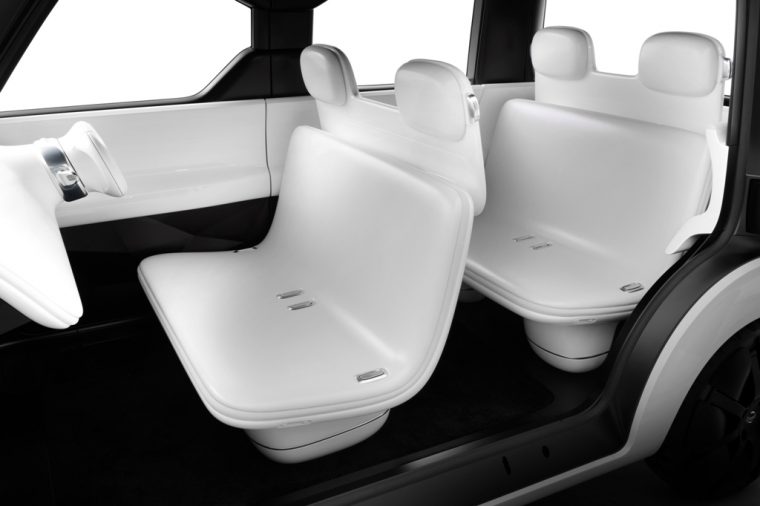 Doesn’t get much cleaner than this

However, when it is parked, the clean canvas receives quite the smattering of color. The entire interior (and at least some of the exterior) of the car, from the instrument panel to the seats, becomes a live display, customizable by the passengers. 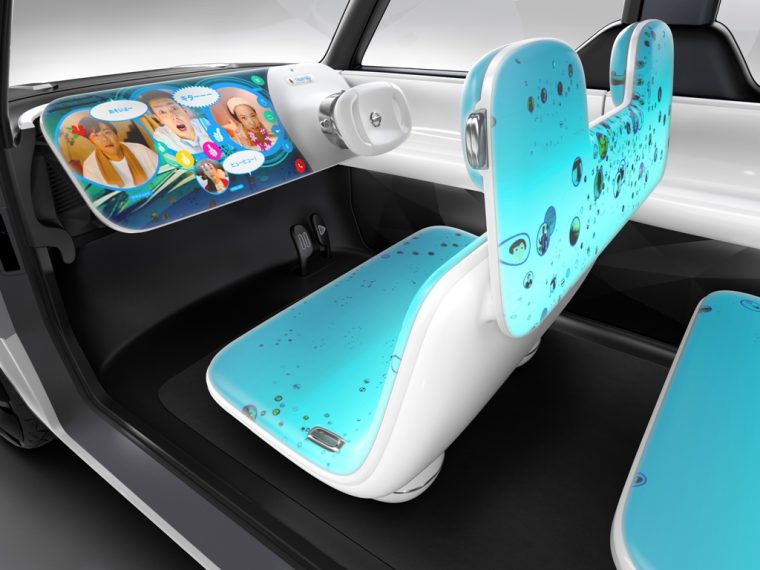 The clean canvas idea could also facilitate adapting to feedback, which would allow Nissan to simply update the car’s programming to improve it. In addition, the car is built to facilitate sharing with onboard cameras. Oh, and social media and decorating aren’t the only possibilities for the Teatro: it plays games.

On top of all that, the Teatro is an electric car. You can check it out at the 2015 Tokyo Motor Show in Japan.

Images of Teatro For Dayz Concept: