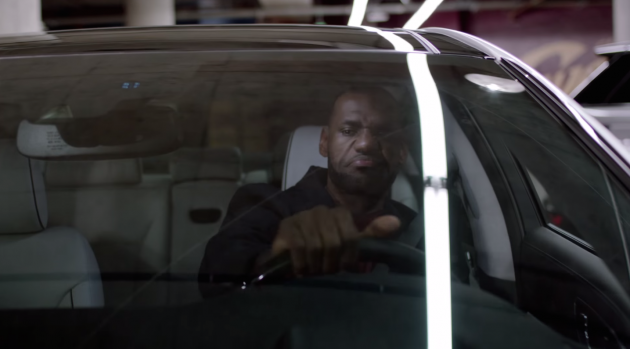 Back in October, NBA all-star LeBron James was announced as the first-ever “luxury ambassador” for the 2015 Kia K900. That was followed shortly by his first television commercial for the luxury sedan, in which King James pulls up to a swanky red carpet event and tosses the keys to a star-struck valet.

Now the Korean automaker has released its second LeBron James K900 ad, which takes place in the decidedly less exotic setting of a Cleveland parking garage.

In the ad, entitled “Parking Spot,” James drives his K900 into the players’ entrance Quicken Loans Arena in downtown Cleveland, where it earns impressed stares from others in the garage. LeBron looks long and hard for an isolated parking spot for his new luxury sedan, for fear that someone might accidentally ding or scratch the $66,000 car if he parks it near them.

More from Kia: Five Reasons the 2015 Kia Sedona is Your Best Bet

By the way, the commercial’s catchy song is “Oogum Boogum” by Brenton Wood, and you can rock out to it here.