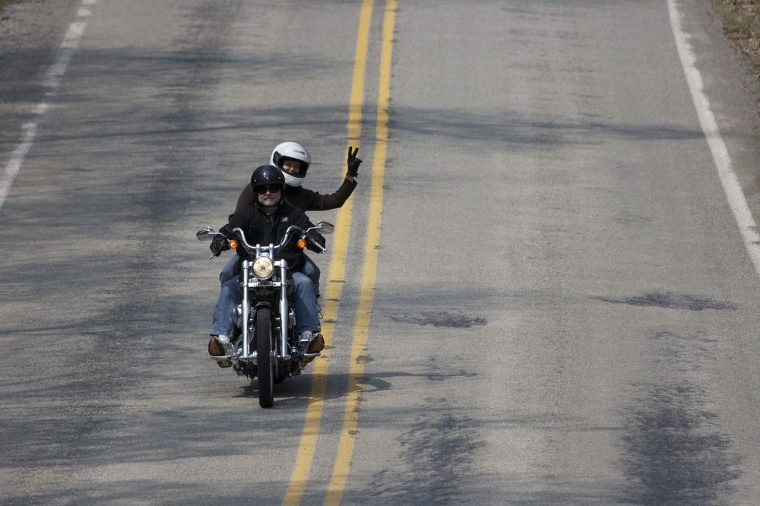 While it’s great to know basic motorcycle terms, those aren’t the only ones bikers use in everyday conversation. Here are some common slang words that bikers throw around, to the confusion of non-bikers and new bikers. Finally discover what “bagger,” “hawg,” and “squid” really mean.

ATGATT (“AT-GAT”) — An acronym that stands for one of the most important biker rules to prevent road rash and injuries: “All The Gear, All The Time.” In other words, follow ATGATT by wearing your helmet and other protective accessories each time you take your bike on the road.

Bagger — As the name implies, this term refers to a motorcycle outfitted with saddlebags and other touring accessories like a trunk, top box, etc.

Chopper — This term originally referred to a bike that was “chopped” (had its non-essential parts removed) to enhance the aerodynamics and speed. Nowadays, the term refers to bikes that have an extended fork, an elongated appearance, and no rear suspension.

Dresser — Another word for a touring bike (i.e. a bike outfitted with saddlebags and other long-distance accessories). 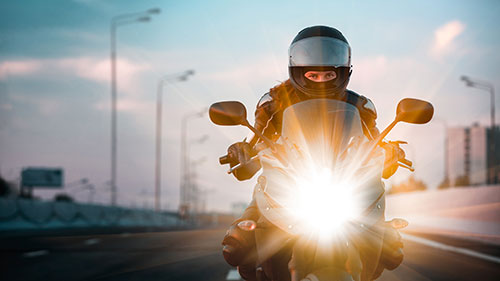 Garage Rot — The damage that occurs on a bike if it’s stored in the garage improperly. Some symptoms of garage rot include rusty piston rings and stuck brake pistons.

Hog/hawg  — This term can mean any Harley bike. Though, it can also refer to HOG, the acronym for the Harley Owners Group.

Naked/naked bike — A bike that lacks plastic bodywork and appears more exposed than other models. According to The Manual, this was the default design for bikes until around 1980.

Rat Bike — Nope, this isn’t a bike built for rats. Instead, it’s a minimally-maintained bike comprised of mismatched parts.

Roost — The dust left in the wake of your bike. Sometimes bikers use this as a verb to describe leaving someone behind.

Squid — A negative term used to describe a reckless or new biker. It can also refer to a biker on a performance bike that isn’t wearing protective gear and is riding the bike ineptly.

Happy travels and stay safe on the road, to all of you bikers out there.