Want to check out the world’s only street-legal Batmobile? You won’t have to travel to Gotham City to see it. Although, full disclosure, you will have to pack your bags and head to Sydney, Australia. 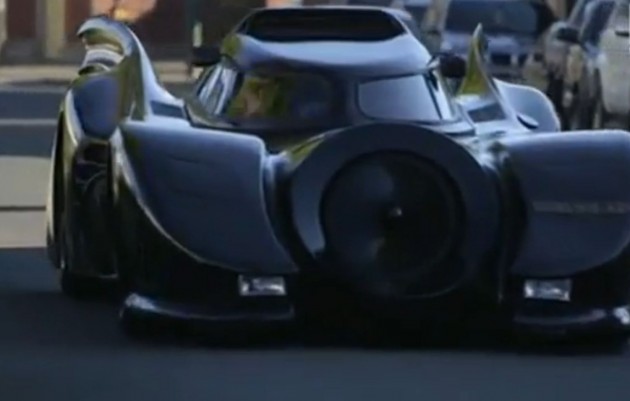 The world’s only street-legal Batmobile

That’s where 29-year-old Zac Mihajlovic built his street-legal Batmobile with his grandfather, John Greene, sans any formal mechanical training. It all started back in 2009, when Batman super fan, Zac, got a hold of a handful of spare parts from the Batmobile featured in the 1989 Batman movie. Then, in 2010, he contacted Warner Brothers Australia to make sure he was legally allowed to build a Batmobile.

Once he got the thumbs up, he set to work to create the Batmobile. According to the Daily Mail, roughly 30% of the car is made from parts from the movie Batmobile, and the rest were “molded and made.” Though Zac finished the car in 2011, it wasn’t until 2012 that he decided to get it registered for street driving, which meant three months of work with an engineer.

Finally, in December of last year, Zac got his Batmobile registered. It may be street-legal, but man, is it still intimidating. It’s even got a working afterburner from the film, though Zac is quick to point out that it has “no machine guns, sadly, no grappling hooks, no bombs that come out of the wheel.”

While Zac has driven it for personal use a couple times, like to get groceries, he mostly stays off the streets because it draws such huge crowds. Not to mention it’s a high risk vehicle with insane insurance premiums.

Oh, and did we mention some guy from Dubai offered Zac $1 million for it—and he turned it down!