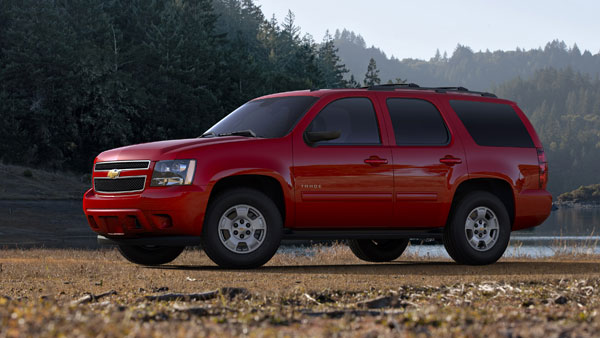 As many other manufacturers back away from the full-size SUV, Chevrolet has instead chosen to own the segment. Their new 2015 models of the Suburban and Tahoe, which just debuted at the Orange County Auto Show, make this commitment clear—Chevy is not only sticking with the segment, but working to improve it.

The 2015 Suburban, at nineteen feet long, will be one of the longest vehicles on the road, giving it plenty of room to seat the whole family. Also, with the second and third rows of seats folded down, the Suburban offers an incredible amount of storage space.

Tim Mahoney, Chevrolet’s global chief marketing officer, celebrated the new full-size SUV models. “There are several new features and enhancements at the core of the all-new 2015 Suburban and Tahoe that will extend the legacy Chevrolet has built as the segment leader,” Mahoney said. “Customers will experience greater refinement, efficiency and safety with the same capability that has made Chevrolet the go-to brand for full-size SUVs.”

One of the enhancements Mahoney mentioned is simple yet very exciting—the Suburban features many USB charging ports instead of only one. Now the whole family can plug in—on road trips, trips to school, etc.—instead of having to take turns keeping devices charged.