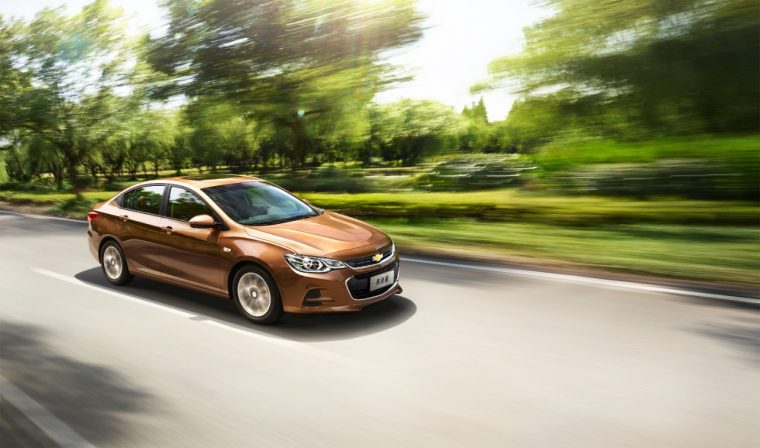 Chevrolet officially launched the Cavalier midsize sedan in China earlier this month at the Chengdu Motor Show. The Cavalier, built at SAIC-General Motors’ green manufacturing facility in Wuhan will be offered in five different variations that will carry prices ranging from RMB 79,900 to RMB 109,900.

The Cavalier nameplate was previously sold in North America (and, for a brief time in Japan as a Toyota) between 1981 and 2005. After being discontinued and replaced by the Cobalt and Optra, the Cavalier name lay dormant for more than a decade until SAIC-GM revealed that it would bring it back exclusively for the Chinese marketplace.

“The Cavalier is an exciting new nameplate for China,” said SAIC-GM President Wang Yongqing. “It features advances in design, quality, technology, and fuel efficiency to meet the demands of mainstream Chinese families.”

The new-look Cavalier utilizes Chevy’s first-ever application of dual L-shaped LED daytime running lamps, and it is powered by a 1.5-liter DVVT I-4 that generates 80 kW (107 horsepower) and 141 Nm (104 lb-ft) of peak torque. On the inside, it boasts a floating seven-inch HD touchscreen and Chevy MyLink infotainment. This enables the Cavalier to be the only vehicle in its class that lets customers connect to their infotainment system via smartphone.