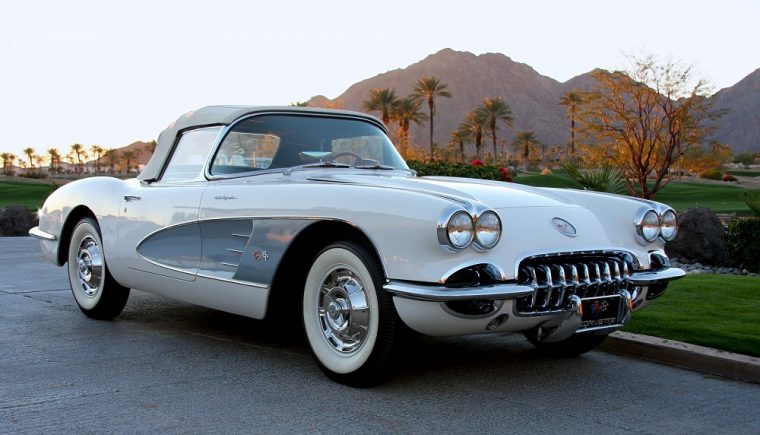 Heading into 2018, Chevrolet will be celebrating 65 years of one of its most iconic vehicles – the Corvette. The speedy sports car has become one of the most recognizable vehicles of all time, even though it has undergone some significant changes. To celebrate Chevy’s pièce de résistance, let’s take a brief look at the Corvette through its many generations.

Long Road Trip Ahead? Check out these songs for the perfect playlist 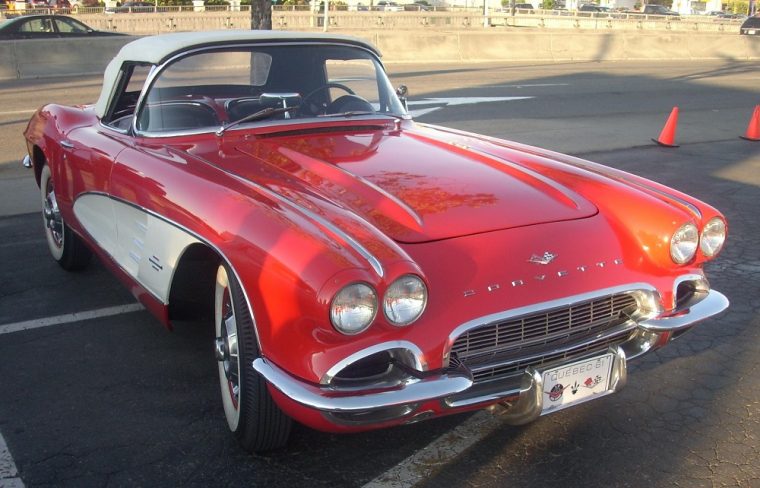 The Corvette was first introduced in 1953 at the Motorama display of the New York Auto Show. It garnered so much attention during the show that GM decided to create a production version for the public. While only 300 were built in its first model year, that number went up to 3,640 for the 1954 iteration, which offered the following exterior colors: Pennant Blue, Polo White, Sportsman Red, and Black. From 1955 to 1962, the Corvette experienced quite a few changes and upgrades, including a new V8 engine in ’55 and new headlamps, exhaust tips, and steering wheel in 1958. At the end of the first generation, the 1962 model was the last of the Corvettes to feature the wrap around windshield, convertible-only body style, and a solid rear axle. 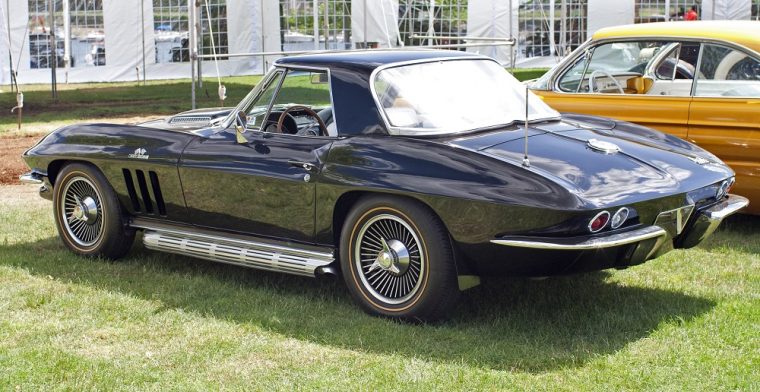 The second generation Corvette (also known as C2) introduced us to the Sting Ray coupe and was smaller than the first generation convertible-only models. Hidden headlamps were a big development on the Sting Ray, along with non-functional hood vents and an independent rear suspension. In 1965, the Corvette was produced with four-wheel disc brakes and a 6.49-liter “big block” V8 engine, which marked the end of the Rochester fuel injection system. Other enhancements in the second generation included updated radio options, a telescopic steering wheel, headrests, and air conditioning. The last model of the C2 generation was created in 1967, which featured back-up lamps and restyled fender vents. 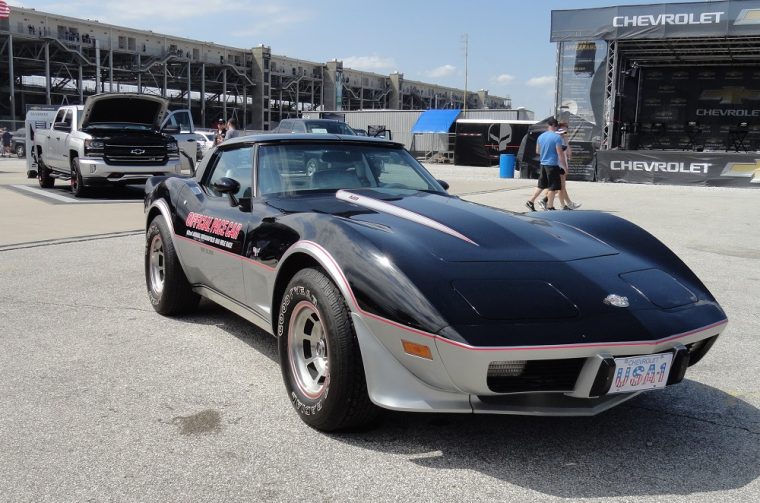 Over a span of 16 years, the Corvette remained mostly unchanged. This third generation (C3) was introduced in the 1968 model year and featured the first use of T-top removable roof panels. It also featured the origin of certain Corvette monikers, such as ZR1, Z07, and LT1 that many are familiar with today. In 1978, the Corvette celebrated its 25th birthday and was crafted with a fastback glass rear window and an upgraded interior. There were also Indy 500 Pace Car limited editions and Silver Anniversary models created to celebrate the vehicle’s quarter-century mark. Moving into the ’80s, the Corvette received a new aerodynamic design to reduce drag significantly. 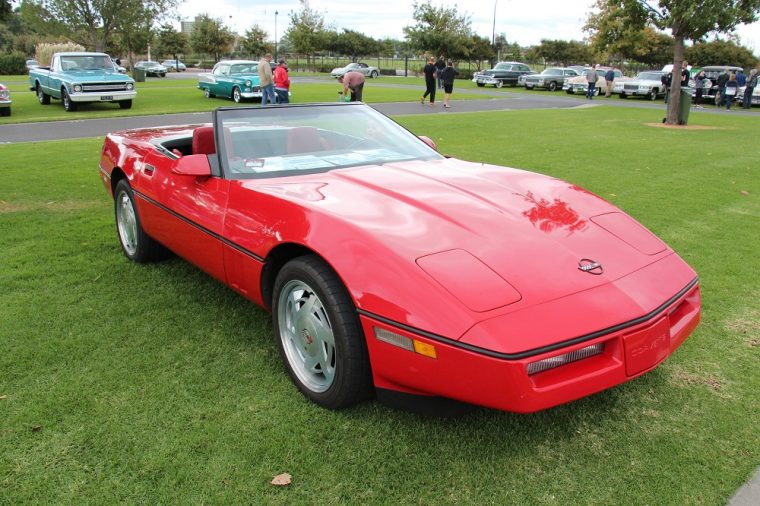 The fourth generation was the first complete redesign the Corvette had seen since 1963, with production starting in January of ’83 and deliveries made to customers just three months later. Standard on this new model was an electronic dashboard with digital liquid crystal displays (LCD) for the tachometer and speedometer. In an attempt to meet fuel economy standards, the Corvette was given a four-speed manual transmission with an automatic overdrive on the top three gears. Unfortunately, this didn’t work and the transmission was replaced with a ZF six-speed manual in 1989. In 1993, the Corvette celebrated its 40th birthday, complete with a Ruby Red special edition model that had 40th anniversary badges and embroidered seat backs. 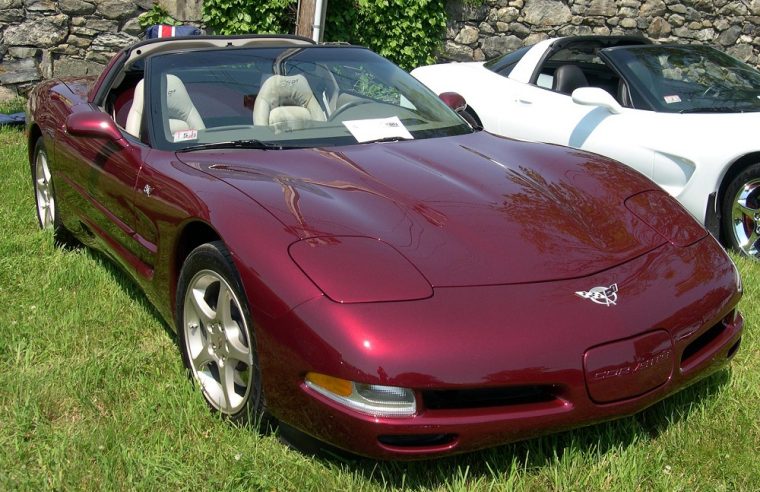 Things changed quite drastically during the fifth generation of the Corvette, with the addition of new features and components that are still used in today’s models. Some of these updates included a new chassis design, improved fuel economy, lower weight, first-ever staggered tire size, first-ever twin fuel tanks, and an all-new LS1 aluminum engine. The C5 was initially only available as a coupe in 1997, but was soon offered as a convertible in 1998. In 2001, the Z06 was reintroduced as the highest performance Corvette model ever. This new speedster featured a rigid roof design, a new engine, and upgraded brakes that created excellent handling. 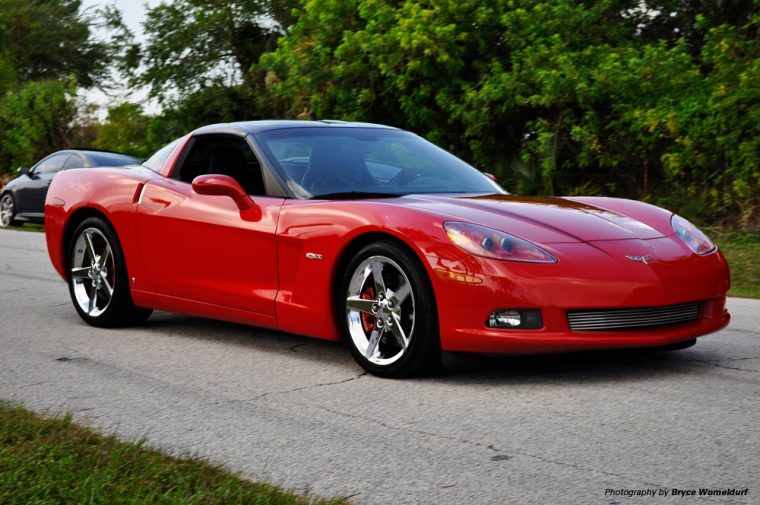 By 2005, the Corvette was set to undergo even more changes. GM had a plan to simply refine the C5, rather than completely redesign it for the C6 iteration by switching up the front headlights (removing the pop-up lamps) and working on interior quality. Inside the C6, drivers could revel in a larger, sophisticated interior. Under the hood, the sixth-gen Corvette was available with a new LS2 engine with a 6.0-liter displacement (up from 5.7 liters on the LS1). This resulted in more horsepower but poorer fuel economy. In 2008, the C6 received another refresh with yet another new engine (LS3; 6.2-liter) and an improved six-speed manual transmission. The historic Grand Sport moniker returned in 2010, similar to the previous Z06, equipped with a steel frame and the upgraded LS3 engine. 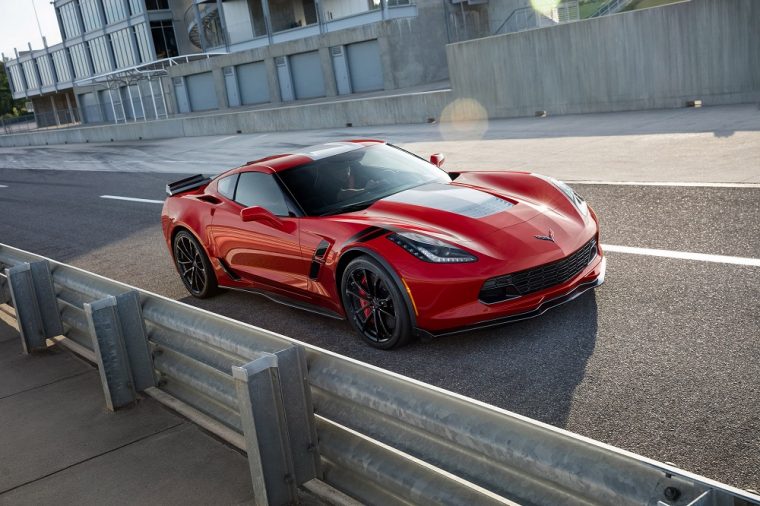 Today’s generation of the Corvette features more sculpted, harsh lines than the softer designs of the ’90s and early 2000s. This fresh design came at a point when the Corvette was seen as an “old man’s car,” rather than a desirable vehicle for young drivers. As a part of the new marketing campaign, the C7 was featured in the Gran Turismo 5 video game and was utilized as a pace car in the 2013 Indy 500. The latest generation’s features include a carbon fiber hood and removable roof panel, while the round taillights transformed from a round shape to square. Performance-wise, the 2017 Corvette introduced the Grand Sport, yet again, which includes Z06 styling features and the Z51 dry sump LT1 engine configuration. For 2018, Chevy is introducing the world to the Carbon 65 Edition, which will be limited to just 650 numbered vehicles.