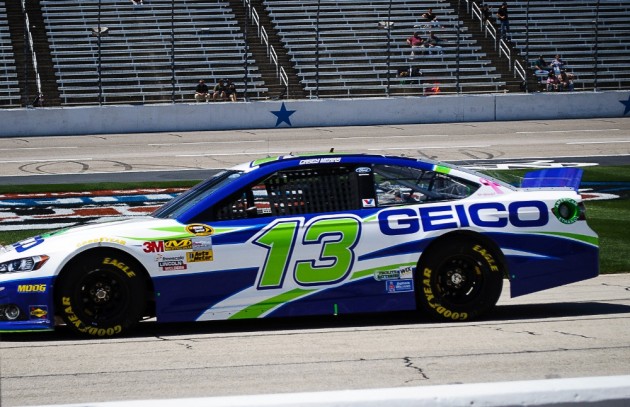 Car owner Bob Germain was happy enough with Mears’ results to give him a pretty new contract
Photo: Marco Becerra

Despite only winning one race in 13 seasons racing in the NASCAR Sprint Cup Series, Casey Mears was able to secure a multi-year contract extension with Germain Racing.

Mears’ No. 13 Chevrolet SS, sponsored by GEICO, is currently 20th in the point standings and his best finish this season was sixth at the season opening Daytona 500.

“I’m really happy that Casey is back in the 13 car next year,” said team owner Bob Germain. “He’s been an intregal part of the team’s growth and success the past five years.”

Mears’ last and only win came at Charlotte Motor Speedway, which was all the way back in 2007. He was driving for Hendrick Motorsports back then and was sponsored by National Guard. He was able to pick up that victory based on pit stop strategy, as his competitors needed fuel at a time in the race he didn’t. In his career, Mears has only finished in the top five in 13 of 434 career starts in the Sprint Cup Series.

So why does he keep driving the 3,400 pound racecars packing more than 85o horsepower?

The job pays well. Despite his percieved lack of success, he has won more than $40 million in prize money in his career, according to Mears’ bio page on ESPN.