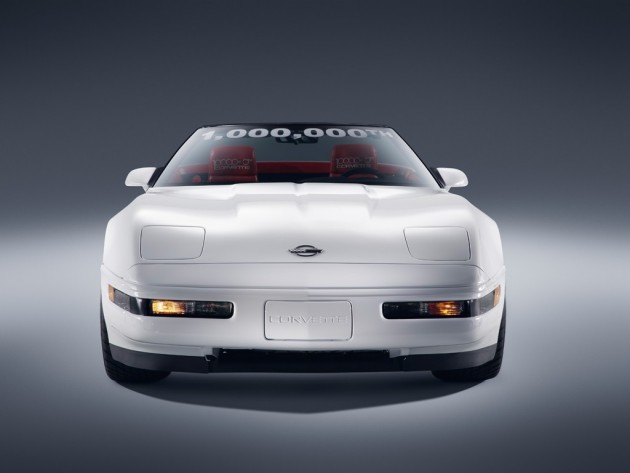 A year and a half after disaster struck, today everything’s coming up Vette.

On February 12, 2014, a sinkhole opened up in the Skydome room at the National Corvette Museum in Bowling Green, Kentucky. Eight rare Corvettes that were on display were damaged in the freak accident, most notably a white 1992 model that represented the one-millionth Corvette ever manufactured.

Well, today the repaired Skydome finally reopened, and the fully-restored 1,000,000th Corvette was unveiled as part of the ceremonies.

According to General Motors, the one-millionth Corvette’s restoration took over four months and 1,200 man-hours of “painstaking craftsmanship.”

“We felt it was important to restore this extremely significant car in Corvette’s long, storied history,” explained GM executive Mark Reuss. “When we disassembled it, we found that each employee involved in building it had signed a part of the car, which was fantastic and moving to see. It brought the history to life, and reinforced the importance of the project.”

After the one millionth Corvette was fished out of the sinkhole, it was moved to GM’s Design Center in Warren, Michigan, where roughly 30 craftspeople and technicians worked on the restoration.

“As the one and only one millionth Corvette, its preservation was important to us as the designers of the vehicle—and as Corvette enthusiasts,” said Ed Welburn, VP of GM Global Design. “The damage was significant in many ways; however we have one of the most highly skilled specialty shops and team of people in the industry, so they were fully prepared to take on the challenge.” 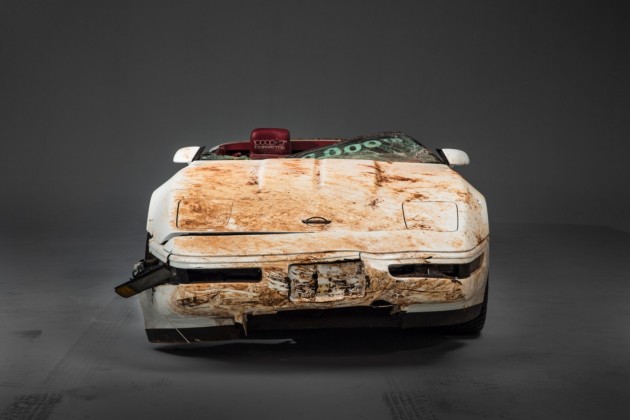 “What’s the damage?” Here’s how the historic Vette looked post-sinkhole

The team tried to save as many original pieces of the historic Corvette as possible—not just for authenticity, but because underneath the sheet metal, the car was covered in signatures from the Bowling Green Assembly workers who originally built it.

There were just two autographed components that couldn’t be saved, so the signatures were scanned and reproduced as transfers for the replacement pieces.

“We went to great lengths to preserve every autograph,” said director of GM Global Design Fabrication Operations David Bolognino. “In the end, we saved every one of them, which was an unexpected and important element to the restoration.”

The team really did work hard to preserve the posterity of each and every signature—Bowling Green Assembly worker Angela Lamb’s autograph was too damaged to even be scanned, so Chevy reached out to her for a new signature on the replacement part. 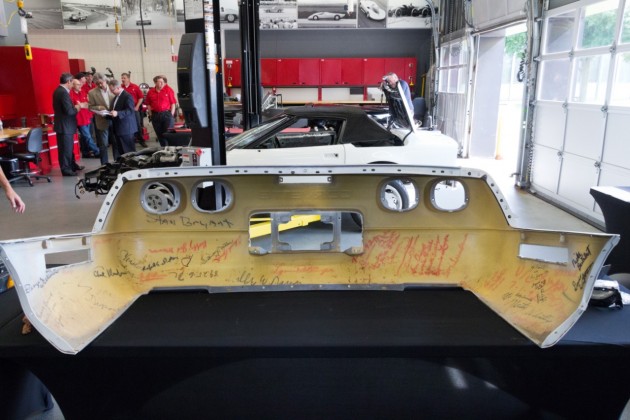 GM says it had to replace the one-millionth Corvette’s hood, front fascia, and lower panels between the front wheels and doors with parts from a separate white 1992 Corvette. The final touch was replacing the “1,000,000th” windshield banner that was slapped onto the sports car 23 years ago.

Chevrolet has now restored two of the Corvettes which were damaged in the sinkhole, including this and a 2009 ZR1 prototype known as the Blue Devil. The other five sinkhole Corvettes will be left in their current state to become part of a future sinkhole themed display at the National Corvette Museum.