Meanwhile, you’re making an honest living, like a chump 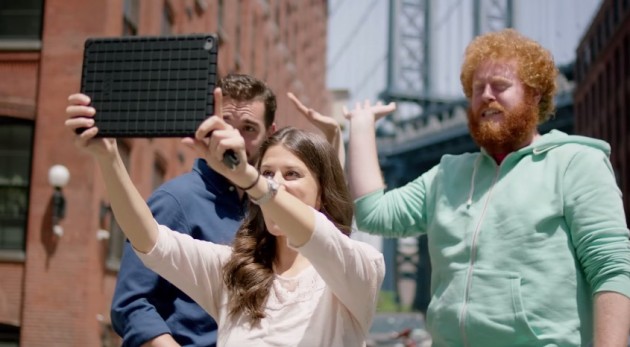 In Chevrolet’s attempts to endear the new Trax small crossover to Millennials, the automaker launched a “Hidden Gems” marketing campaign earlier this year, which involved hiring “social media influencers” to highlight the “hidden gems” of urban centers like LA, New York, and Chicago.

Well, as it turns out, “Hidden Gems” are actually the best spots in a city to take a selfie.

The three carefree young people in this video are from BuzzFeed, a website written and read by disconcertingly nostalgic 22-year-olds. Interestingly enough, just today BuzzFeed published a listicle highlighting 18 corporate brands that are “out in full cringe” in their attempts to celebrate #WorldEmojiDay on social media.

But there’s nothing cringey about a couple of BuzzFeeders driving a fun and functional Chevrolet Trax around Los Angeles in search of the #UltimateSelfie, right guys?!?!

Next up on Buzzfeed’s “3 Pandering Videos that Only ’90s Kids Will Understand,” the gang heads to Brooklyn to find—you guessed it—the city’s best selfie:

Wow, did you guys know that there’s this really cool suspension bridge in Brooklyn called “the Brooklyn Bridge”?!? It was built in 1883 by John Roebling, and has spent the last 130 years slumbering in relative obscurity, but now the secret’s out!

Then in Chicago, the gang heads to Burnham Park (AKA “Selfie Heaven”), because “it’s time to take a selfie—deep dish style!”

They actually say those words. They really do.

Much like Chevrolet’s embarrassing #ChevyGoesEmoji music video, these obnoxious clips pander to the Millennial demographic so brazenly that they border on self-parody. Or, to use the parlance of our times, these videos are WTF, FAIL, and unintentionally LOL.