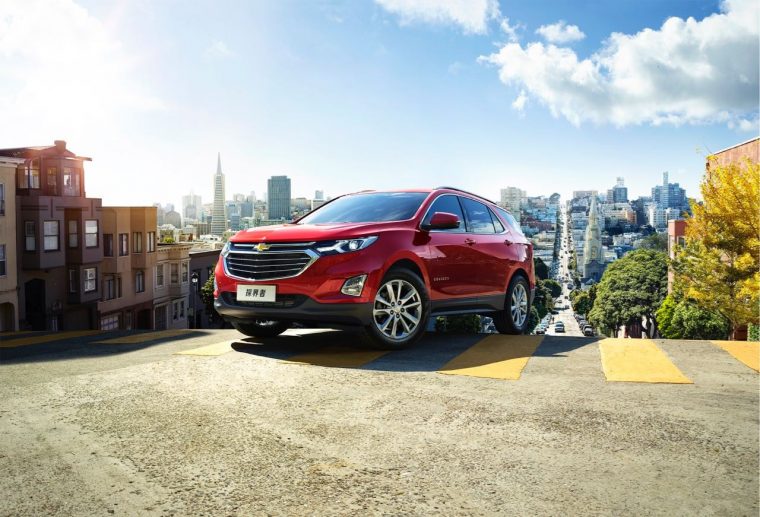 The equinox, for those of you unaware, occurs twice every year—usually around September 22nd and March 20th—when the plane of the equator passes through the center of the sun and night and day are of approximate equal length. That’s great and all, but do you know how many times the new Chevrolet Equinox gets launched in China? Once in a lifetime. Also, today.

Ironically enough, Chevrolet originally introduced the 2018 Equinox on the 2016 autumnal equinox, which leaves one to wonder why GM China didn’t just hotshot the launch party by a mere 18 days so that it could launch its aptly-named SUV on the spring equinox, which took place on March 20th at 6:28 am ET. Really, Chevy; have some level to the commitment to the name here, please.

Looking for the 2017 Chevy Equinox? Check out trims and features and view a gallery of photos

“The launch of the Equinox follows Chevrolet’s announcement late last year that we will introduce more than 20 new or refreshed products in China by the end of 2020,” said Andy Dunstan, general director of Chevrolet in China. “Nearly 30% of the models will be SUVs and nearly half new nameplates for the China portfolio.”

The new Chevy Equinox will be offered in six different trim levels priced between RMB 174,900 and RMB 249,900. Among its various selling points, the Equinox represents the debut of General Motors’ nine-speed automatic transmission in China and offers 59 standard special features up to and including start/stop system and active grille shutters.

The new Chevrolet Equinox is being built domestically at the SAIC-GM Wuhan manufacturing facility. The Equinox is scheduled to launch in the United States this spring.