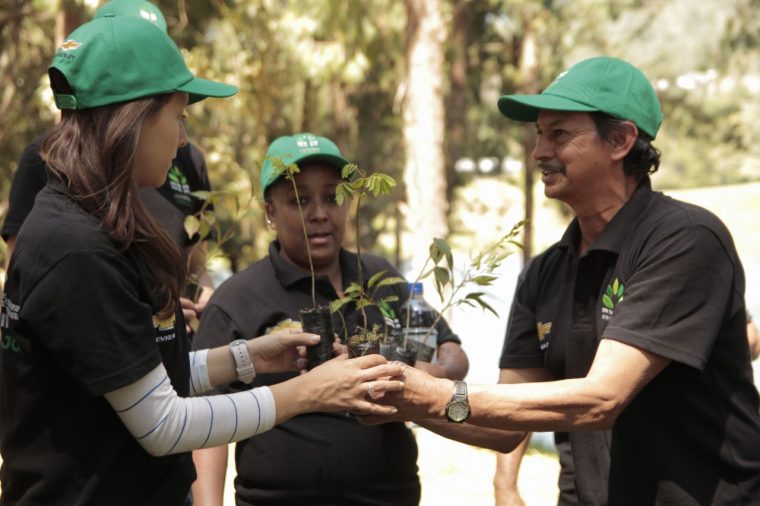 You may know someone who has attempted at some point or another to convince you that climate change is not a thing. Life bears out the idea after all that there are people who are willing to embrace reality and acclimate to change in order to improve living conditions for themselves and future generations, and then there are people that could be charitably described as morons (see: everybody in the current administration). So it goes.

The automotive industry has, to its credit, made some transparent and public-facing steps to stem the tide of climate change despite the fact that its very existence is constantly under assault from people who 1) are not scientists 2) have been or are currently funded by non-renewable energy companies.

One such example of public-facing, conservation-minded action is Chevrolet last month planting 2,300 trees in Los Salados-El Retiro Park and El Santuario, Antioquía in Colombia. Rather than speak about its intentions in roundabout terms, Chevy’s press release just cut right to the point with what it was trying to accomplish:

Understanding and being aware of the contribution of land transport in the generation of greenhouse gases, the main causes of climate change, Chevrolet, through its dealers in Antioquia Autolarte, Ayurá Motor, and Andar, took a very important step in sustainability with a commitment to plant a tree for each vehicle sold in Antioquía.

Somewhere in Washington, an orange monster just reared up out of bed as if from a nightmare and started yelling into the darkness about everything being fake except for the lushness and fullness of its hair.

“750 trees were planted in Los Salados Park, and 1,601 in El Santuario, completing more than 2,300 sowings,” said Mauricio Arango, Manager, Zona Antioquía Chevrolet. “All trees are located on conservation grounds, which ensures that they will not be felled, but will be destined to capture CO2.”

The brand believes that the true transformative agent of climate change is every person, [that] every human being has the power to alter the effects of climate change, and that is why [Chevrolet] bets on counteracting its impact with planting actions and sensitizing citizens about their role with the environment.

Ah, reality. It sure is refreshing! As refreshing as the air generated by 2,300 trees planted in the name of combating the very real problem of climate change!