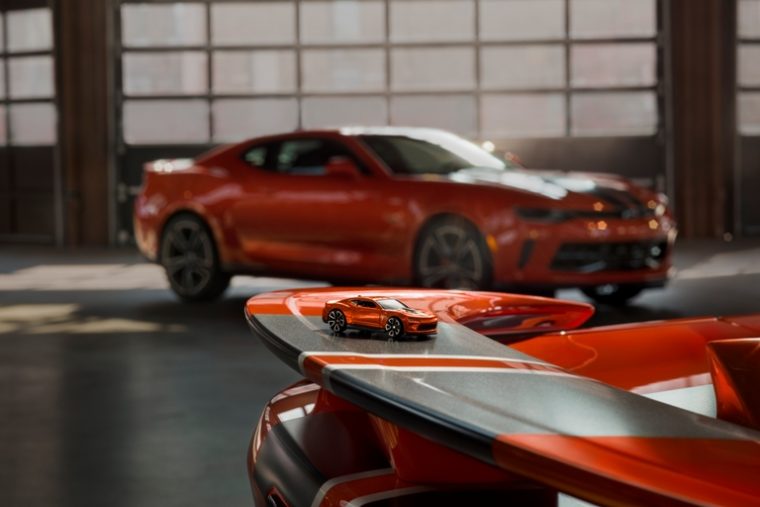 There are some that would argue that a performance muscle model like the Chevrolet Camaro is akin to a giant toy car. That line of thinking is now more accurate than ever, given the latest special edition revealed for the Camaro. Chevrolet and Hot Wheels have partnered together to introduce the 2018 Camaro Hot Wheels 50th Anniversary Edition.

Partnerships between the automotive manufacturer and the toy car company are nothing new, given that one of the first Hot Wheels models ever produced in 1968 was a classic Chevy Camaro. That decades-old relationship between the two companies was the inspiration behind the creation of the Hot Wheels Camaro car.

The special-edition model, available in both the coupe and convertible configurations of the Camaro, sports a crisp “Crush” orange exterior, reminiscent of the iconic race tracks that Hot Wheels cars accelerate through. Racing stripes along the model merely complete the sporty look. 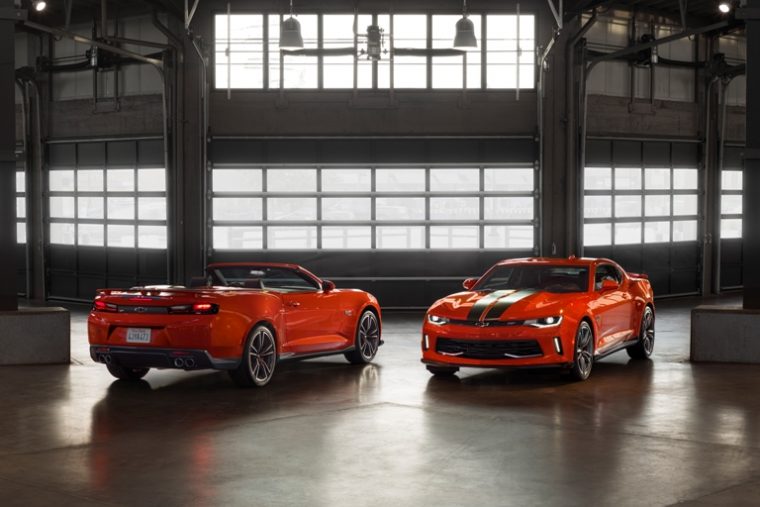 Drivers will find plenty of orange accents within the vehicle as well. Special badging and leather seats are some of the other interior additions to the model.

Chevrolet even published an amusing infographic comparing the performance of the actual Camaro to the imagination-inspired drive of its smaller Hot Wheels counterpart, which can be viewed below: 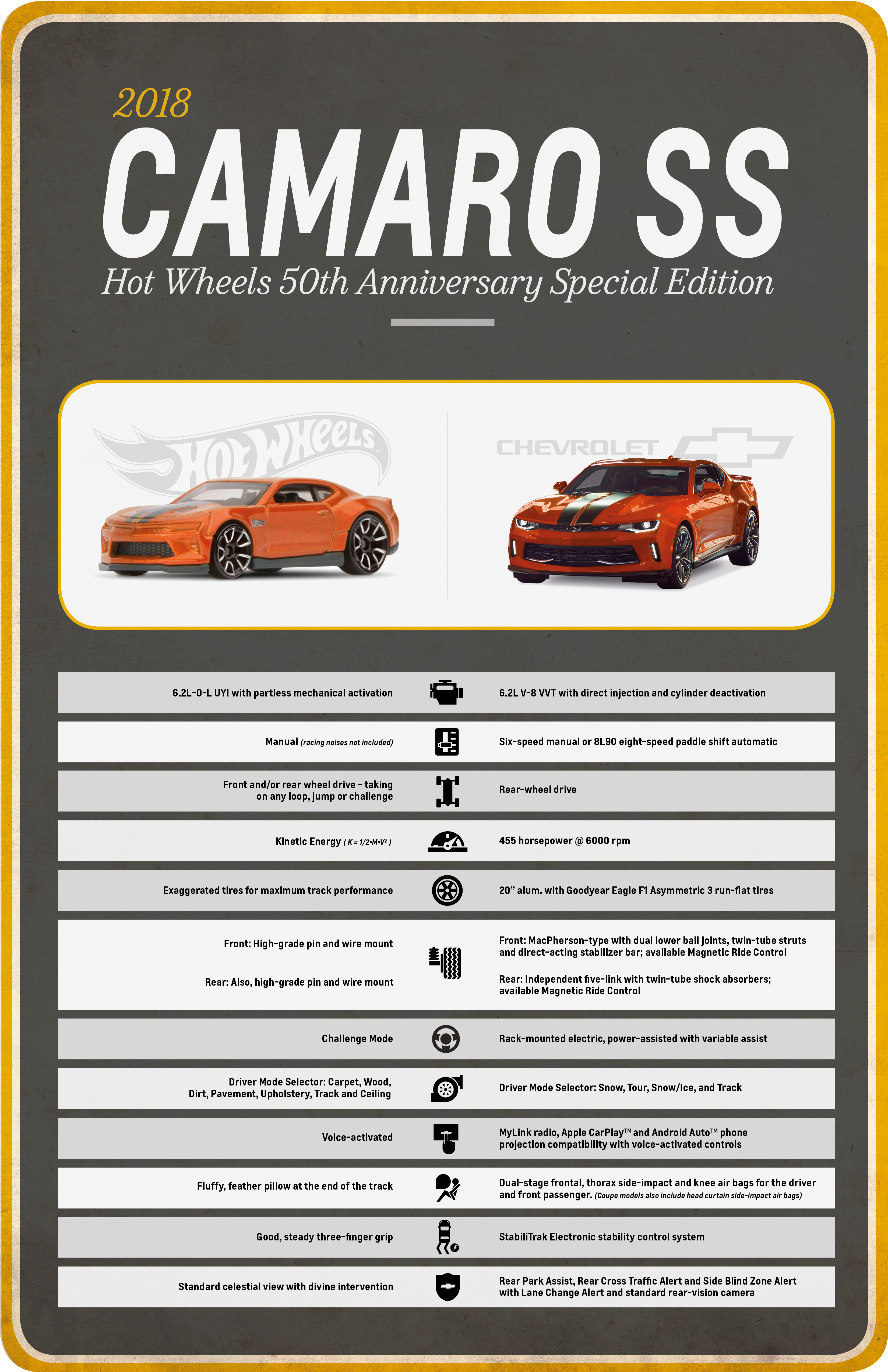 For many members of the design team at Chevrolet, working on a life-size Hot Wheels sports car was a dream come true. “The Chevrolet Performance design studio is full of designers who were inspired by Hot Wheels,” said Tom Peters, director of Exterior Design for Chevrolet Performance Cars. “The Camaro Hot Wheels 50th Anniversary Edition captures that passion, turning childhood fantasy into reality.”

To check out the Camaro’s transformation from a die-cast model to a muscle car machine, take a look at the video below:

The 2018 Camaro Hot Wheels 50th Anniversary Edition package, set to be officially unveiled at the upcoming 2017 SEMA show, will be available starting in the first quarter of 2018 for an additional price of $4,995, on top of the initial cost of the Camaro. So if you still want to fulfill your childhood fantasy of driving a life-size Hot Wheels car, Chevrolet is here to make sure those dreams can finally come true. Just don’t try driving it through any 360-degree loops or fire hoops.

What to Know Before the Show: What happens at an auto show